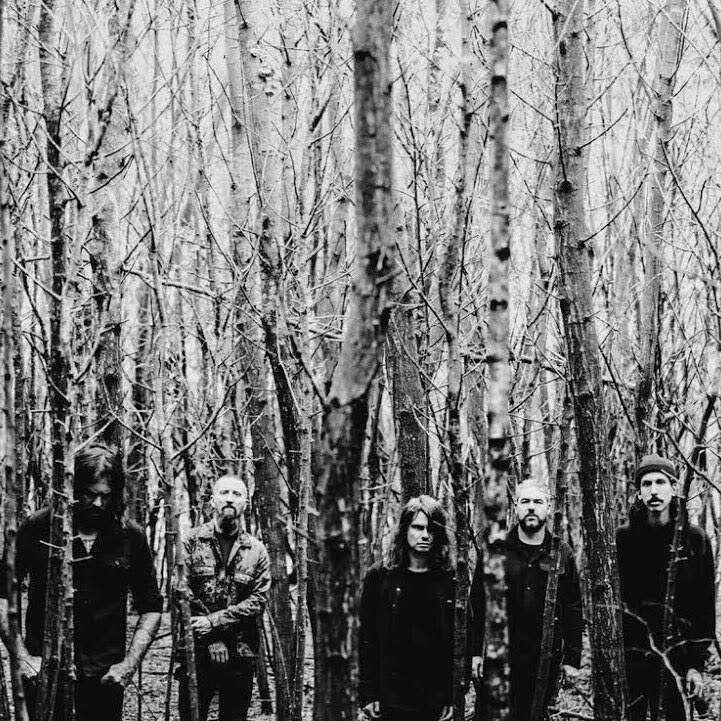 Relapse Records is proud to announce the signing of Belgium’s AMENRA. Formed in 1999, the critically acclaimed band have since captivated audiences through their raw, ethereal, sonic energy, both live and in the studio. AMENRA’s monstrous live performances and cinematic albums have earned them a cult following. Touring the world over, the band has played some of the most prestigious festivals in Europe and North America. AMENRA will release a highly anticipated new album in 2021. Stay tuned for more information in the near future.

Regarding the signing, AMENRA comments:

“We are thrilled to announce that from now on we will be signed to Relapse records. A haven to a lot of our friends, and now to us as well. We are looking forward to work with this more than capable team, and are eager to see where it will lead us. Our new record will see its first light mid 2021. Ever onwards.”

At the very end of the 90s, with the H8000 scene – the highly innovative hardcore movement established in the Belgian province of West Flanders – at the peak of its recognition and influence, it probably didn’t feel out of the ordinary when one of those bands, Spineless, ceased activities and some of its members decided to form another group. However, that vocalist Colin H. Van Eeckhout, guitarist Mathieu Vandekerckhove and then bassist Kristof J. Mondy founded Amenra to be able to open up to wider influences and invoke a more primal force through music, something that might help purify and heal the heart and the soul of its creators, now that might have raised a couple of eyebrows. Though most likely even the musicians themselves had precious little idea of what awaited them and their many future listeners, the fact alone that they started to look at their new band as not an arrival or a conclusion, but as a vessel for discovery, for growth and for catharsis already signalled that something potentially special was brewing in the Western shores of Belgium.

True to that perspective, the first few years were of intense search for definition and meaning. The first two Masses, ‘Mass I: Prayer I-VI’ and ‘Mass II: Sermons’, where their drummer of always Bjorn J. Lebon joined the band led by the core Colin/Mathieu never to leave his Amenra kit again to this day, among a couple of other natural early line-up changes, showed an intense, wide-eyed hunt for an elusive something, a rebellious severing of past ties and an unbreakable will to find their own voice. Though the concept of having each album identified as a Mass – each of them echoing a particular moment in time, each song a vulnerable, aching, knelt-down instant of questioning – was established from the very beginning, there was still a long road ahead of Amenra.

As further life was lived and more inevitable pain was suffered, they reached ‘Mass III’, by their own admission a momentous occasion in the history of the band. Not only was that record a major step in terms of the group shaping its own personality and finally emerging from the remnants of their old cocoon as a graceful yet tortured dark creature, it was also the catalyst for something more, something literally bigger than Amenra itself. By creating the Church Of Ra, Amenra opened their wings and allowed other like-minded souls to seek refuge there, a collective of artists with similar mindsets and ethos, transcending music and involving art, performance and concept into a whole so much larger than its parts. The Church Of Ra has been instrumental in allowing current crucial artists such as Oathbreaker, The Black Heart Rebellion, Treha Sektori, Hessian and many others to develop and share their work, not to mention dancers, poets, photographers and other artists who have collaborated with the collective. As the contents of their heart and soul seem to be constantly overflowing, the individual projects of Amenra members like Syndrome, CHVE or Kingdom are also allowed free reign under the Church Of Ra banner whenever they have a need to be manifested.

Ever since this momentous occasion, the rise of Amenra has been staggering, a beautiful sight to behold, even if the process always seems preciously volatile. Perhaps by definition of the band’s raison d’être itself, such is the emotional charge of every single song on every single release, that one is constantly aware of the finality of it all, not least of which of the band itself. Each Mass can always be the last one, just like every breath we take can be our last. Existence is fleeting, and within that fragility and uncertainty is where we also become aware of its priceless beauty. Few bands have ever translated our tragic human predicament, our heightened sentience, our notion of the limits imposed by our own mortality. ‘Mass IIII’ (2008), ‘Mass V’ (2012) and ‘Mass VI’ (2017) – as it is clear by the lengthy gaps, despite their frequent smaller detours with other kinds of releases and projects, this is a band that only speaks when there is something worthy of being spoken – have each offered profound insights into the souls of their creators, but also into our own. At the same time, they have turned into one of the most imposing of live bands in the history of heavy music, transporting every bit of their emotional burdens to the stage and making each appearance a singular event. Great art always has the capability of applying itself to the beholder, rather than existing only within the artist’s sphere. As such, timeless stand-outs from those records such as ‘Razoreater’, ‘Nowena | 9.10’ or ‘A Solitary Reign’ will always have the ability to stun one into silence, tears, screams or rage, depending on the state of the heart at the time of listening, wherever and however they are experienced, whether in contemplative loneliness or among a throng of other devout Mass-goers.

Music writers have long fumbled for words to aptly describe Amenra, from post-metal to post-hardcore to doom, or simply “avant-garde” or “experimental”, all of which inevitably feel clunky and supremely reductive. The truth is that, much like one of their biggest influences, Neurosis, one of the most important bands of the last 30 years and whose reach and impact Amenra seem to be matching on this side of the 21st century, without committing to a particular style and trusting only their guts as guide and muse, Amenra have become an entity capable of leaving a real, memorable impression upon everyone they come in contact with, changing their listeners as much as they change themselves throughout time. And the journey still seems far from over.