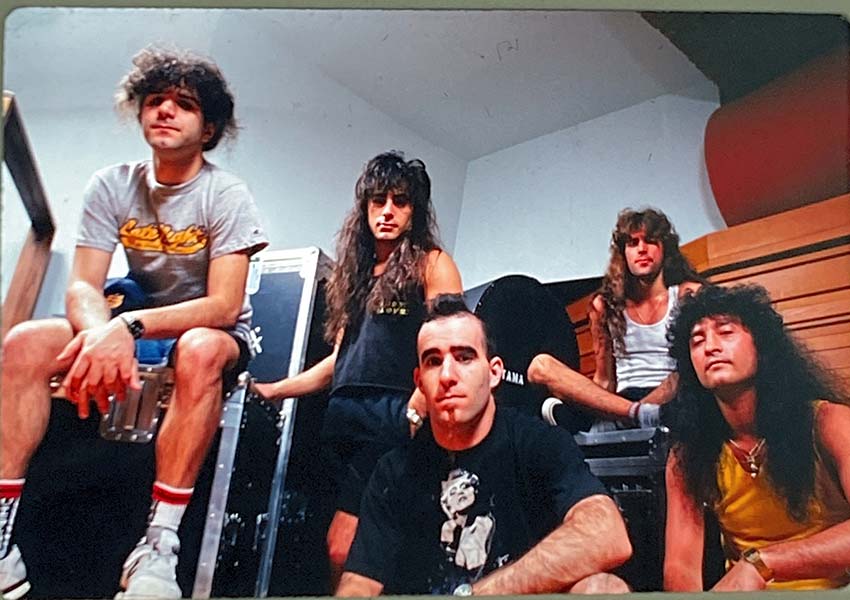 New York’s own thrash metal legends Anthrax have shared episode six (titled “Got The Time”) of their fresh mini video series detailing the inside story, behind the making of, and promotion of the band’s fifth album, ‘Persistence of Time,’ which the band plan to unleash in ’30th Anniversary Deluxe Edition’ form tomorrow, August 21st through Megaforce Records (pre-order).

To wrap up the six-episode video series of the stories behind the making of Persistence of Time, here is Episode Six, the final clip, “Got The Time.” On this, Anthrax’s Charlie Benante reveals how the then-new Persistence of Time album was the result of everything the band had learned up to that point, incorporating elements of Spreading the Disease, Among The Living and State of Euphoria. He also points out Scott Ian’s evolution as a lyricist, that on Persistence of Time, Ian became more outspoken on subjects like racism and politics.

The Gold-certified Persistence of Time included two cover songs, “AntiSocial” and Joe Jackson’s “Got The Time,” a big personal favorite of Benante’s who rallied the band to do a cover of it. “People love that song,” said Benante, “and to this day, we enjoy playing it. We speed it up – like Joe Jackson does live – Joe Jackson plays that song at ‘elfin’ light speed, faster than we ever played it.”