Earlier this week, British metalcore heavyweights Architects announced an in-person UK record release show for their new full-length album ‘For Those That Wish To Exist’ set to take place at the Pryzm in Kingston Upon Thames on August 7, 2021.

That aforementioned show sold-out in no time, so a second gig at the same venue has been booked for the evening before, August 6. Get tickets to that show HERE.

‘For Those That Wish To Exist’ has spawned the mega singles “Meteor,” “Dead Butterflies,” “Black Lungs” and “Animals.”

“This album was me looking at our inability to change to a way of life that would sustain the human race and save the planet,” said songwriter and drummer Dan Searle. “I wanted to look in the mirror and ask ourselves the question of what are going to do, as opposed to trying to point the finger at politicians. Change has to start on a personal level. The world has developed a culture of wanting someone else to deal with it, when we need to take our own responsibility. It has to start there.”

Check out the flyer for the second show below. 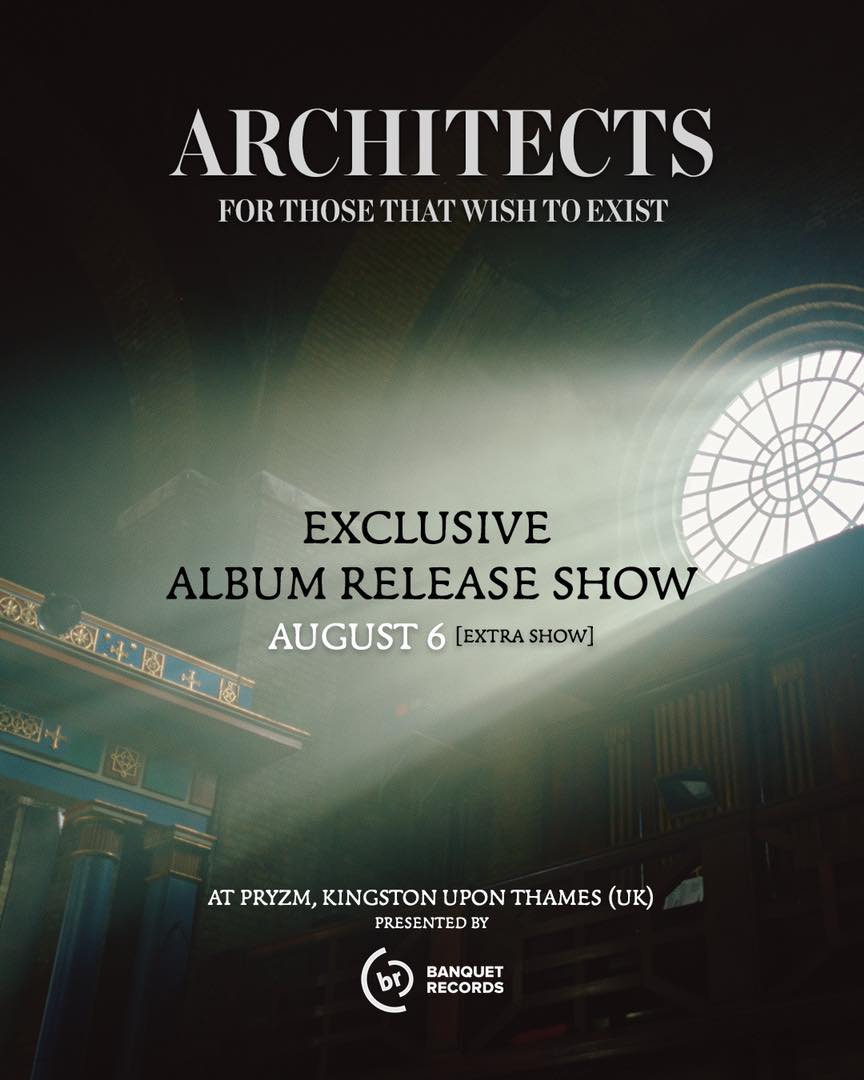