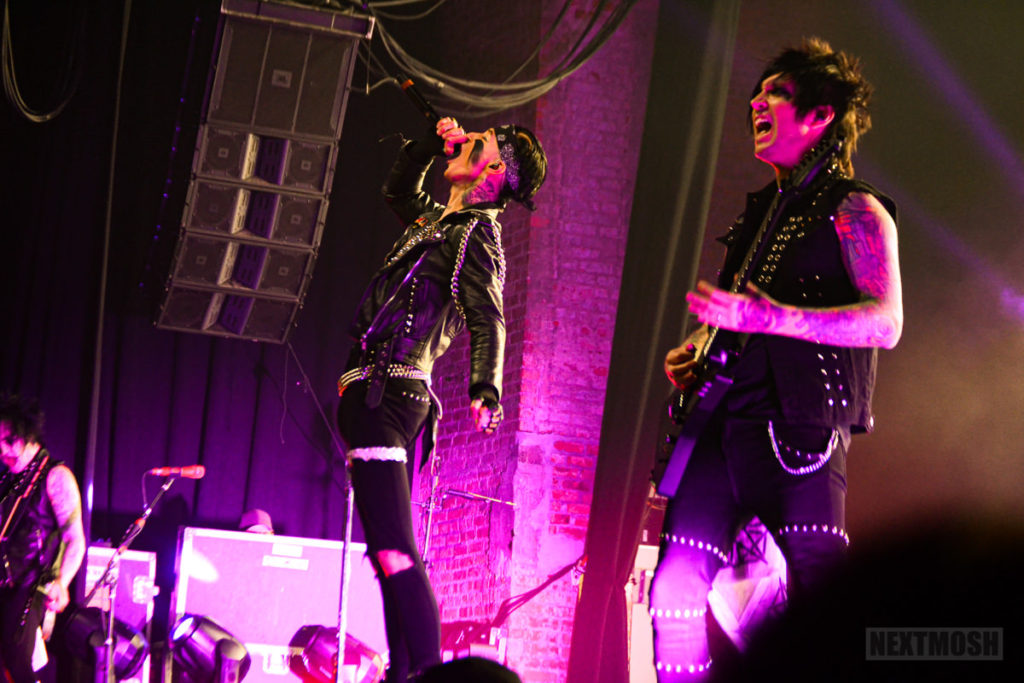 The ‘Trinity of Terror’ 2022 North American tour featuring Black Veil Brides, Motionless In White, Ice Nine Kills and Lilith Czar (in select cities) took place this past March and April, hitting a slew of markets including Huntington, NY at The Paramount on April 15th.

Hollywood-based Black Veil Brides brought new tracks to Long Island, performing “Crimson Skies” and “Scarlet Cross” from their rock opera concept album and sixth overall full-length release, ‘The Phantom Tomorrow.’ The Andy Biersack-led outfit rounded out their set with fan-favorites like “Wake Up,” “Knives and Pens,” “The Legacy,” “Fallen Angels” “In the End” and a few others. Black Veil Brides had to unfortunately cancel a few dates of the trek in early April due to COVID, but the gang were in high spirits while rocking out in Huntington.

Supporting a new album as well, ‘Scoring the End of the World,’ Scranton’s Motionless In White dished out new track “Cyberhex” during their New York display. Motionless In White’s Paramount performance focused primarily on songs off their ‘Graveyard Shift’ and ‘Disguise’ albums, with hits like “Necessary Evil,” “Voices,” “Rats,” Brand New Numb” and “Eternally Yours” sending NY fans into a frenzy. The band also treated concert goers to a cover of the popular The Killers song, “Somebody Told Me,” prior to ending their 11-song set.

Following a headlining stint at The Paramount in November 2021, Ice Nine Kills made their grand return to the popular LI venue with a slightly shorter setlist this time around due to time constraints. The Boston metal butchers unleashed horror-inspired tracks from their ‘The Silver Scream‘ 1 and 2 LPs, which were released in 2018 and 2021, respectively. The band led with “Welcome to Horrorwood,” and hacked and slashed their way through numbers “Würst Vacation,” “Hip to Be Scared,” “Stabbing in the Dark,” “Rainy Day” and more.

Providing support on select dates, Lilith Czar and her band warmed up the crowd early in the evening with their soulful alt-rock tunes, which included songs from new album ‘Created From Filth and Dust,’ along with single “100 Little Deaths” (released in 2019 when Lilith went by her real name Juliet Simms), and a cover of the Stevie Nicks song “Edge of Seventeen.”

Check out photos by Dominick Bianco, plus fan-filmed clips from The Paramount show below.