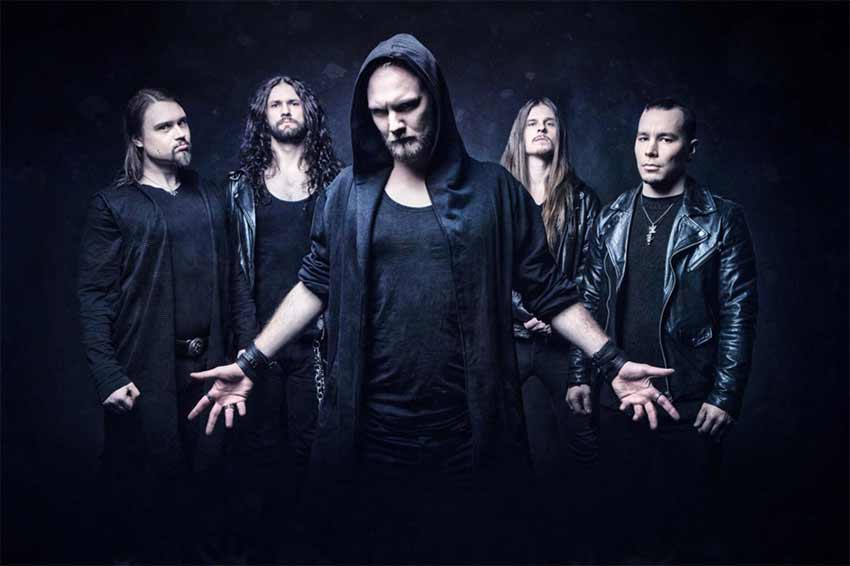 Napalm Records is proud to announce the signing of melodic/death metal juggernaut Brymir, hailing from Helsinki, Finland. The outfit features Joona Björkroth (Battle Beast) on guitars and started out to stir up the scene in 2011 with their debut full-length, ‘Breathe to the Sun,’ uniting folk metal influences with cinematic soundscapes and hard hitting, fast-paced melodic death impacts that became even more present on the sophomore record, ‘Slayer of Gods’ (2016).

Since their formation in 2006, Brymir has shared stages with various greats like Children Of Bodom, Wolfheart, Ensiferum and Finntroll – just to name a few. After their highly anticipated third release, ‘Wings of Fire’ (2019), and smashing festivals like Summer Breeze, Tuska Festival or the Nordic Metal Cruise, Brymir are currently working on new music, set for release via Napalm Records in 2022.

Brymir frontman and vocalist Viktor Gullichsen on the signing:
“We are beyond excited to announce that BRYMIR has signed a worldwide recording contract with the legendary label Napalm Records. With this newly-forged alliance we are headed towards a whole new level of opportunity and conquest. Are you ready for the coming storm? We sure as hell are!”

Enjoy what lies ahead and watch the official video for “Wings Of Fire” here: