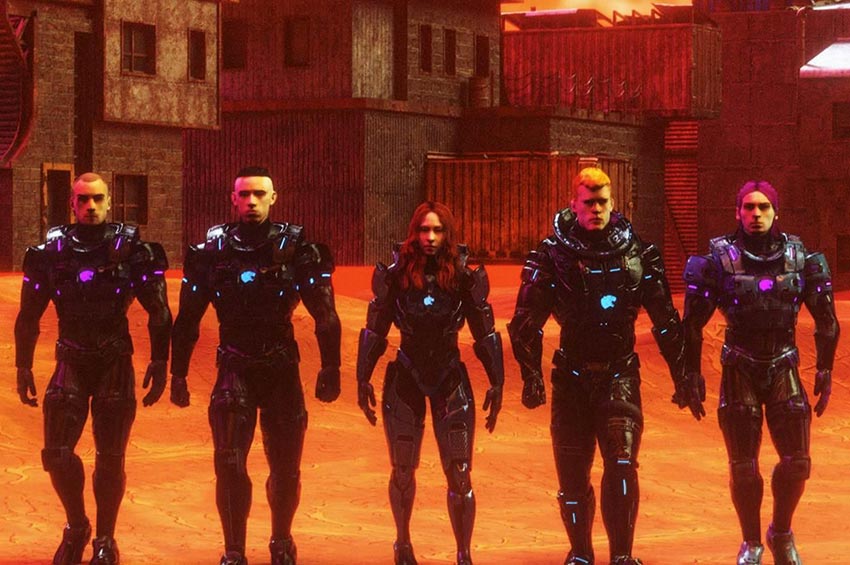 PA hardcore punk favorites Code Orange have premiered (via Adult Swim) an official animated music video for their track “Autumn and Carbine” which appears on the group’s latest full-length offering on Roadrunner Records, ‘Underneath.’

“The animated video, which was directed / animated by the band’s own Eric ‘Shade’ Balderose and Jami Morgan (NOWHERE2RUN Productions), follows Code Orange into a dystopian wasteland as they confront the thieving overlords of a ruined future society,” notes a press release.

The presser adds, “The band also utilized DIY motion capture techniques to animate the various performance scenes in the video which is streaming now on their official YouTube channel [embedded below]. Furthermore, Code Orange have launched a limited edition “Autumn and Carbine” shirt in their webstore, featuring 3D incarnates of each member as seen in the animated video.”

ICYMI, Code Orange recently aired their ‘Back Inside The Glass’ virtual event, if you missed it, check out our impressions and some clips.