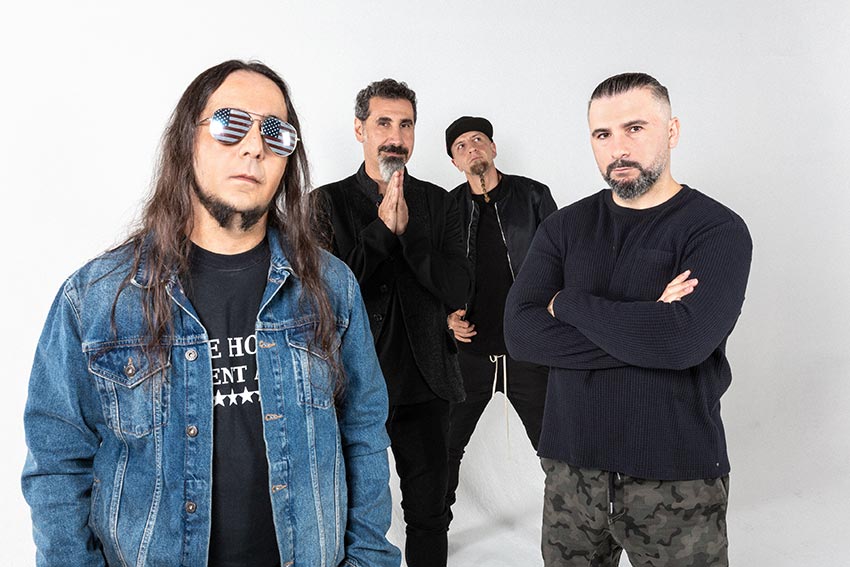 Alt-metal giants System of a Down have announced a special live streaming fundraising event to be held on January 30th at 9AM PST/12PM EST. The online stint will help raise funds for wounded Armenian soldiers. In addition, a video for “Genocidal Humanoidz” will be premiered.

Here’s full details from the band:

The freedom fighting soldiers of Artsakh and Armenia have suffered war crimes at the hands of Azerbaijan, later abetted by Turkey. Even after the ceasefire signed on November 10, 2020, those heroes wounded in the recent conflict remain in dire need of prosthetics, advanced treatment, and medical care. We are hosting a fundraising livestream event in order to raise money to rehabilitate and outfit the nearly 1,000 soldiers who have lost arms and legs with life-changing prosthetic limbs. The funding will also benefit the introduction of groundbreaking laser therapy for the treatment of white phosphorous chemical burns and the reduction of scarring and agonizing pain. All proceeds from the livestream will be donated to this cause.

We welcome you, along with our list of special guests, to join us this Saturday, January 30, at 9AM Pacific / 12PM Eastern to support our efforts – exclusively on our YouTube channel. The official video premiere for “Genocidal Humanoidz” will immediately follow the live event. Subscribe to our channel now at YouTube.com/SystemOfADown to stay updated. We look forward to seeing you this weekend.

This past November, SOAD released new songs “Protect The Land” and “Genocidal Humanoidz”, marking their first new music in 15 years. The tracks were released to raise awareness and funds “to aid the people of Artsakh and Armenia after continued attacks by Azerbaijan and Turkey,” as per a presser. 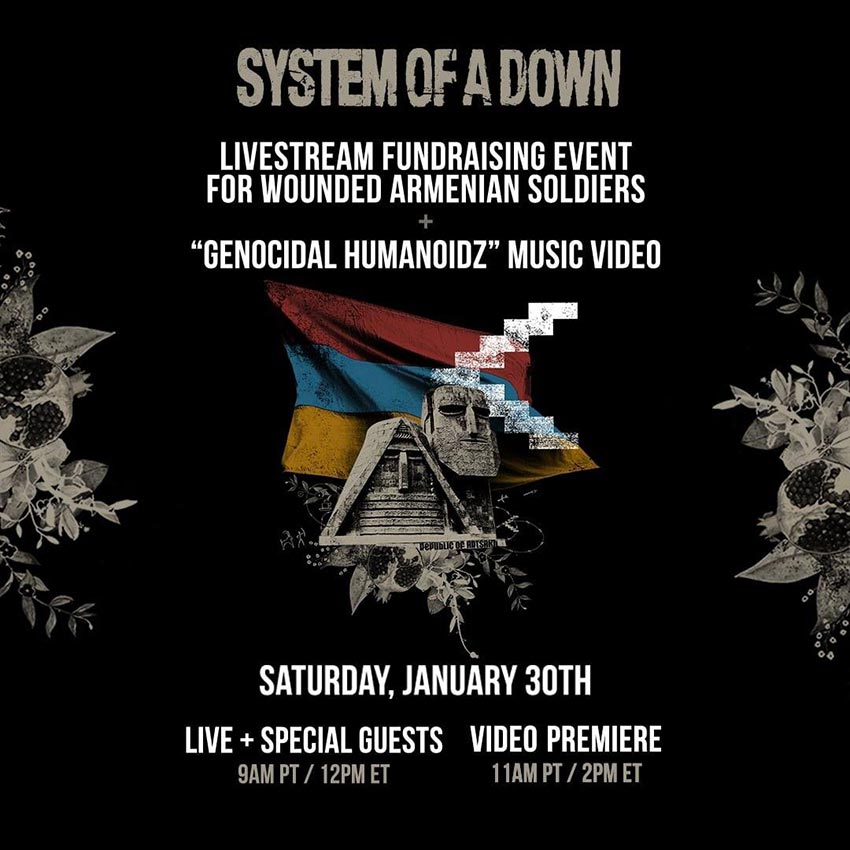