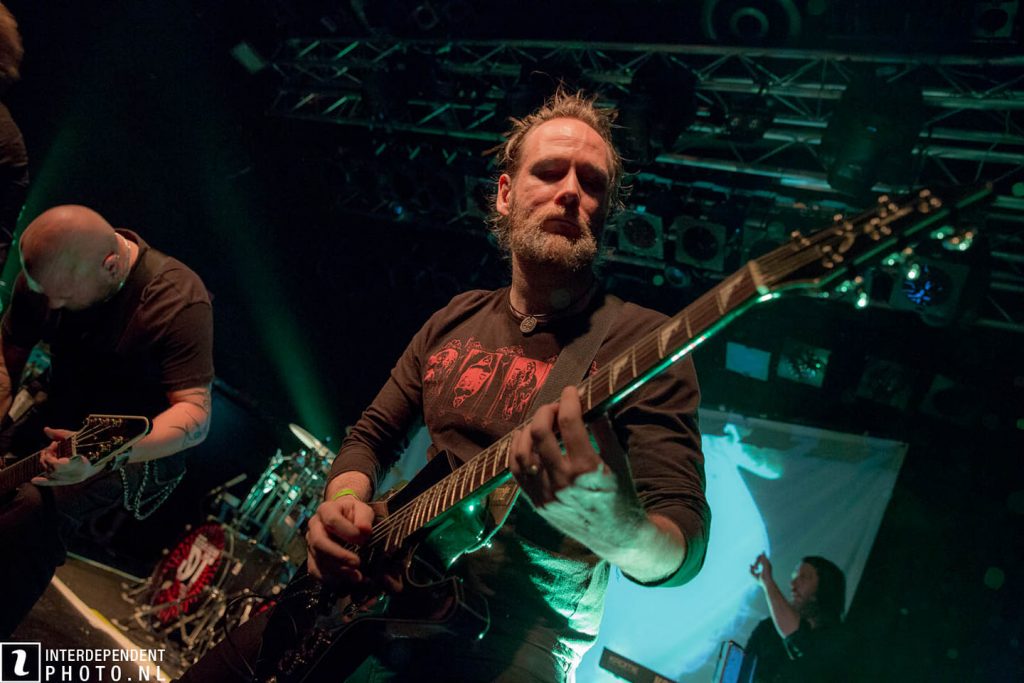 Having being absent from the live stage in the past few years, founding Dark Tranquillity member, Niklas Sundin, has officially quit the band.

In a statement today, Niklas writes:

As some of you know, I’ve had a break from playing with D.T. since 2016 in order to focus on family life. With the “Atoma” touring cycle now completed and a new album recording about to commence, the time is right to officially announce my departure from the band.

I’m very grateful for the experiences that the past 30 years have brought. We founded D.T. as teenagers without any musical knowledge, and somehow our songs took us all across the world, helped establish a new subgenre of metal, brought us several Grammy nominations and – more importantly – had a positive and life-altering impact on people all over the globe. This is extremely humbling, and more than what most artists ever could ask for.

However, it’s no secret that I always enjoyed the creative process more than the performance aspects of being in a band, and the required extensive touring held less and less appeal with every album. The band and the fans deserve members that want to be on the road as much as possible in order to keep the (forward) momentum going, and for this reason I prefer to step aside and direct my musical creativity towards other areas. I’ll still be involved in the visual side of D.T. and am working on the cover illustration for the next album as we speak.

I send my warmest regards to the guys in the band, the incredible crew and of course to everyone that supported us over the past three decades. As for future musical endeavours, my electronic project Mitochondrial Sun released its debut album last month, and there are several other projects and collaborations (both metal and non-metal) in the pipeline. Onwards!

“[Niklas] also wrote some of the lyrics for the first three and recent two Dark Tranquillity albums (since Projector and until Fiction lead singer, Mikael Stanne, has written all of Dark Tranquillity’s lyrics) and In Flames’ album The Jester Race, and continued to translate In Flames vocalist Anders Fridén’s lyrics from Swedish to English for the next few albums while Anders worked to become more proficient in English,” explains Metal Archives. “Sundin is also a graphic designer, and the founder of Cabin Fever Media, which among other things creates artwork for metal bands. He recently published a book of independent artwork and sketches. He has done album layouts for bands such as In Flames, Arch Enemy, Nightrage, Sentenced, Kryptos, and Fragments of Unbecoming, as well as his own bands. Mitochondrial Sun is his solo project.”