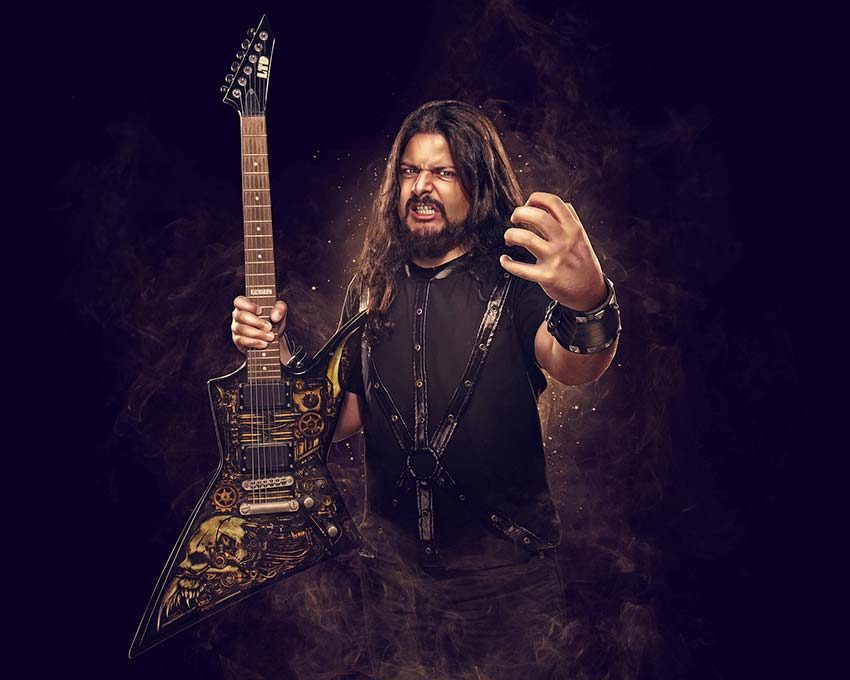 Multi-instrumentalist and an extreme music old-timer, Sahil Makhija aka Demonstealer, has long been a crucial part of the Indian metal scene. Be it founding the country’s biggest extreme metal band (Demonic Resurrection), or starting up an independent record label (with releases by Behemoth, Dimmu Borgir) or setting up a premium recording studio dedicated to extreme metal – Makhija has had an enormous role in shaping the country’s heavy music landscape. After a successful third album, which saw collaborations with Kévin Paradis (Benighted, Svart Crown), Romain Goulon (Necrophagist), Kerim Lechner (Septicflesh, Decapitated) and David Diepold (Obscura) among others, Makhija has resurfaced with a brand new Demonstealer release.

Three years after The Last Reptilian Warrior, it was the COVID-19 pandemic (and the resultant lockdown in the country) that provided Makhija a new perspective and the inspiration to write new music. The release, a 4-song EP, sees Makhija return to his absolute roots. He adds, “I guess this is me at my most vulnerable. No incredible musicians to back me up, just me putting my expression and feelings and thoughts into songs for the world to listen to.”

All music on this release has been written, played and recorded by Makhija — making it truly a solo effort — a feat he hasn’t performed since his debut album released in 2008. Makhija finished tracking the drums, guitars, bass and vocals earlier this week at his own recording studio in Mumbai. The release is currently being mixed and mastered at the esteemed Hertz Studio (Behemoth, Decapitated, Vader), a first for Makhija who is otherwise known to mix all the Demonstealer releases.

The EP is being self-released with the help of a crowd-funding campaign that Makhija personally set up. The campaign went live on 14th July, 2020 and hit its goal within just 4 days. It continues to grow and garner the support of ardent Demonstealer fans from around the world. The EP is scheduled to release later this year or early 2021.