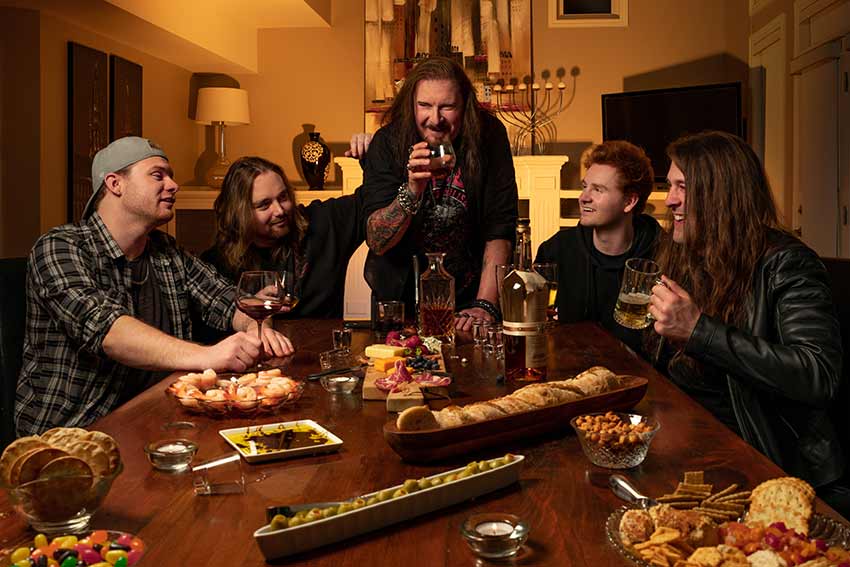 To cover Mötley Crüe’s ‘Kickstart My Heart’ with Falset was both a blast and reminiscent of when I was in a band called Shock Candy back in 86’. Shock Candy was a Mötley Crüe cover band and I had one hell of time touring with this band. Needless to say when asked to be involved and sing this Mötley classic with Falset I jumped at the opportunity.

The Crüe was always to me that raw, down to earth, kick-ass Rock band that many acts wish they could imitate and attain but such heights were enjoyed by very few and the Crüe did it and played it like no other.

Hope you all enjoy this cover by Falset and myself and do yourself a huge favor and check out Falset’s originals. This band has it all going on, great structure, killer riffs and undeniable hooks. They are an undeniable emerging musical force to be reckoned with.

Crank this tune up to maximum and see you all out on tour sometime soon.

I remember as a kid I’d always look up to my dad. I thought being in a band and travelling around the world to play songs was the coolest job ever. I still think that. Flash-forward to now and we are now dropping a song together… it’s absolutely crazy. We all had a lot of fun working on this one. We hope you enjoy this homage to the great Mötley Crüe.

ICYMI, Falset released their debut album, ‘We Follow or Lead the Way,’ this past October. The LP was produced by Zach Copeland and mixed by Nolly Getgood (Periphery, Devin Townsend) — check out the effort through Apple Music or Spotify.