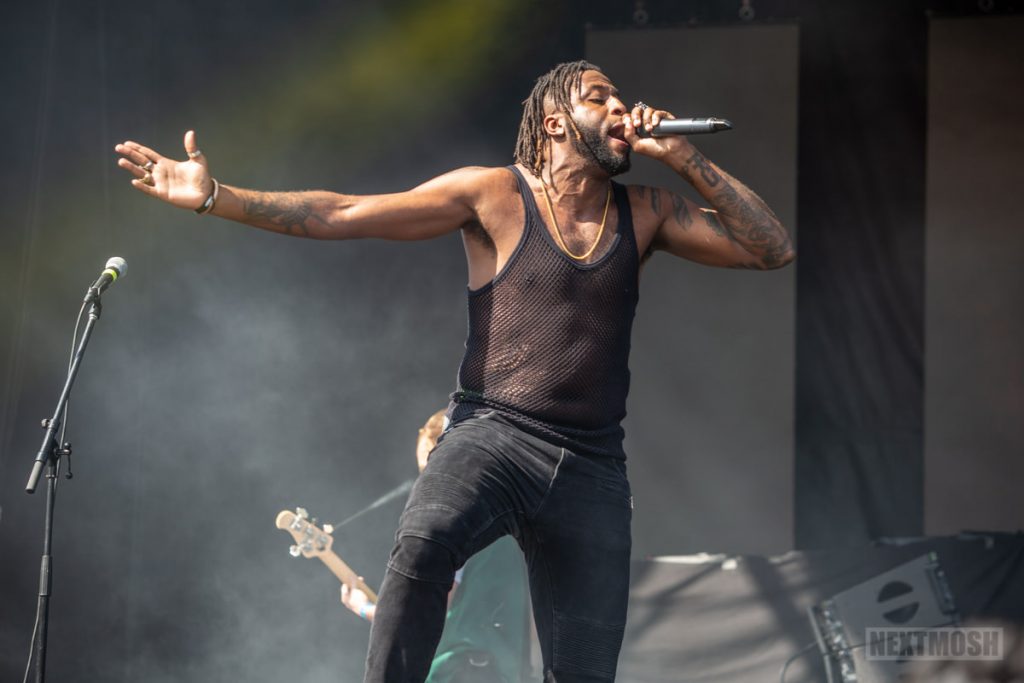 Metal acts Fire From The Gods, Ill Niño and Hyro The Hero will team up for a special online streaming concert which airs on January 30, 2021. Tickets are available for purchase through americanrevolucion.com.

Here’s more info from the official announcement, “No moshing? No problem. The world may have paused, but that’s not stopping FIRE FROM THE GODS, ILL NIÑO and HYRO THE HERO from keeping the live show energy alive. On January 30, 2021 at 8 p.m. EST/5 p.m. PST, fans will experience three unique sets as part of the must see package, #AmericanRevolución. Featuring new live music from HYRO THE HERO, surprise guests from ILL NIÑO and more.”

In addition, “The “American Revolución” livestream, will premiere ILL NIÑO’s stomping current 2020 lineup and reunite 2001’s original Revolution line-up, featuring lead guitarist Marc Rizzo (Soulfly), rhythm guitarist Jardel Paisante and percussionist Roger Vasquez and will mark the first time in 18 years that they have performed together, and will be performing songs from their renowned opus, Revolution Revolución, which celebrates its 20th year in 2021. In addition, fans can listen to their newest single, “Máscara,” feat. AJ Channer of FIRE FROM THE GODS.” You can stream said new track here.

Lastly, “When the world shut down, FIRE FROM THE GODS were just coming off of a US arena tour with label mates Five Finger Death Punch and preparing for their next tour to showcase their brand new album, American Sun, via Better Noise Music. In celebration of its anniversary and an imminent return to stage, FIRE FROM THE GODS will perform American Sun in its entirety for the first time from the rooftop of local Austin, TX, venue Mohawk.”

Here’s that ticket link again which includes the option of special virtual meet-and-greet packages and exclusive merch bundles. Peep the official flyer below. 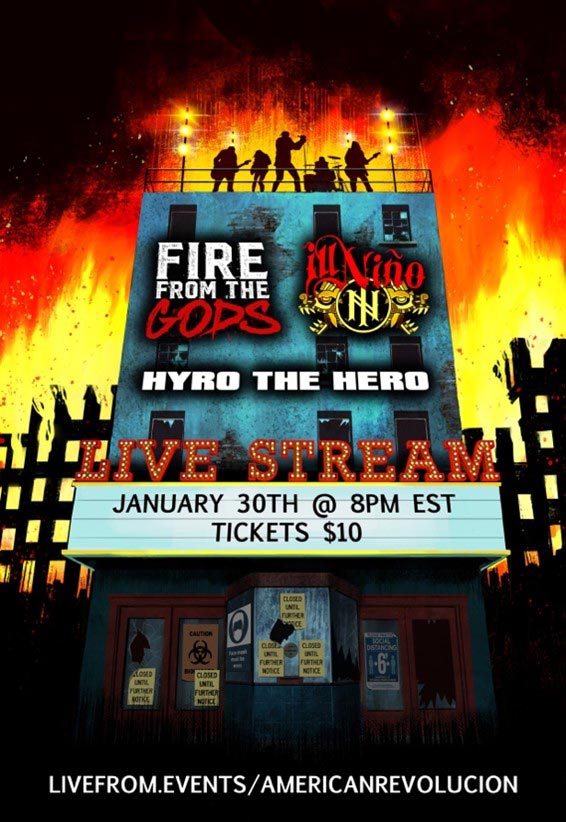