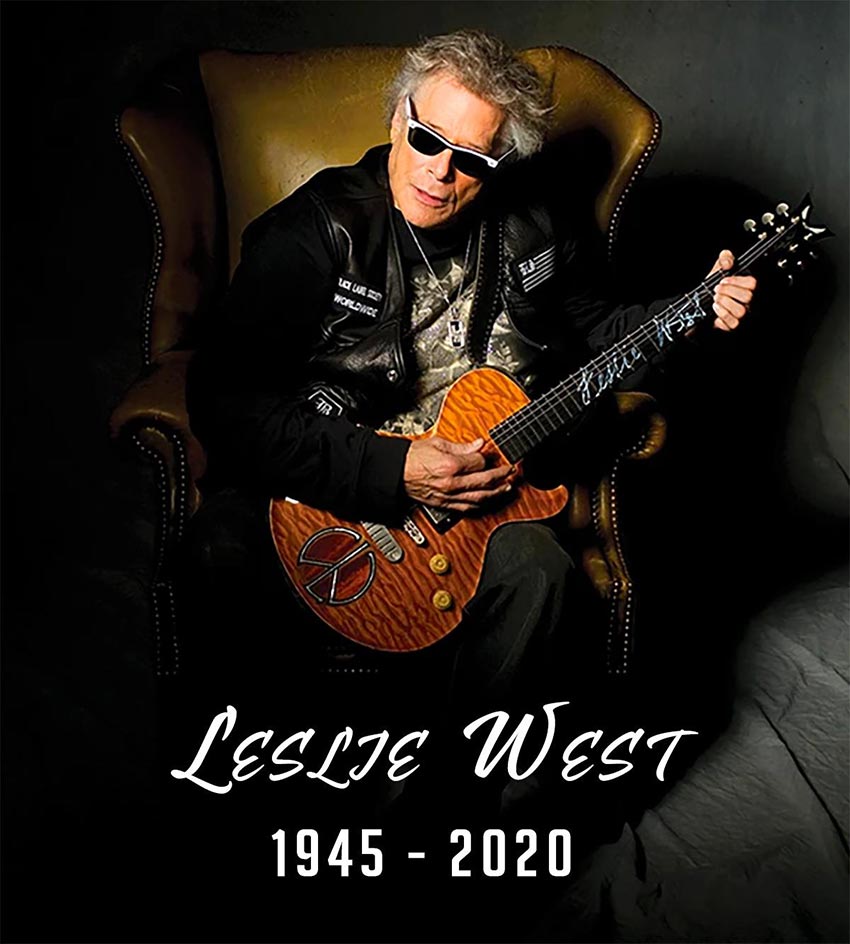 “Leslie West, the towering guitarist who created the hard-rock milestone “Mississippi Queen” with his band Mountain, died Wednesday morning,” reported Rolling Stone. “The cause of death was cardiac arrest. On Monday, West was rushed to a hospital after suffering cardiac arrest at his home near Daytona, Florida, where he never regained consciousness.”

West’s endorsement partners, Dean Guitars posted the above tribute photo on social media with the following message: “With a heavy heart, we are saddened to hear about the passing of #Dean Artist and part of the Dean family, Leslie West. Legendary and one of a kind. Rest In Peace.”

“Leslie West is survived by his wife Jenni, whom he married on stage after Mountain’s performance at the Woodstock 40th Anniversary concert in Bethel, NY on August 15, 2009. And, brother Larry and nephew Max,” noted Leslie’s publicist.