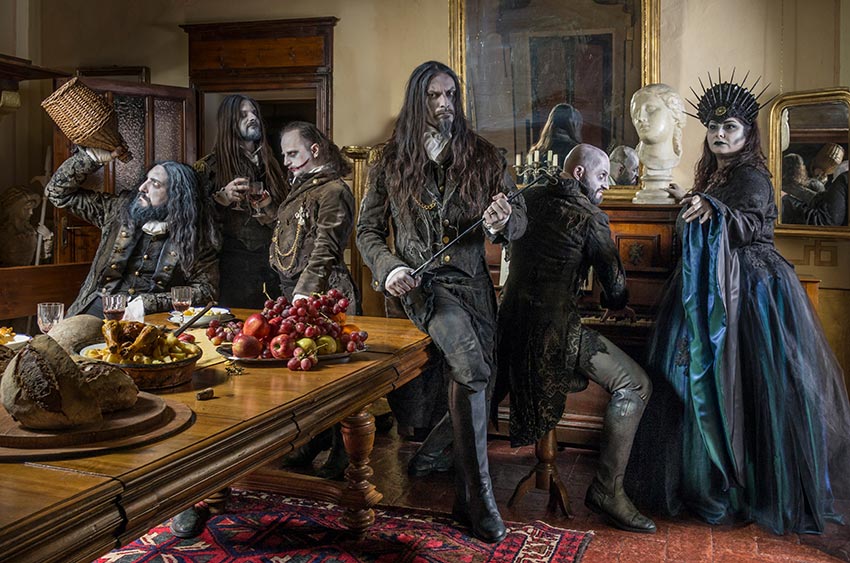 Italian orchestral-death metal giants FLESHGOD APOCALYPSE were recently forced to postpone their North American tour due to travel restrictions implemented in response to the spread of COVID-19, “Coronavirus.” What was to be one of metal’s most anticipated spring tours, where the band was to be accompanied at shows by a classical string quartet for the first time ever, will now take place at a later date to be announced as plans are confirmed.

To bring the live experience to fans worldwide, the band will partake in a live streaming event labeled “The QuaranStream” on Saturday, March 28th, 2020. 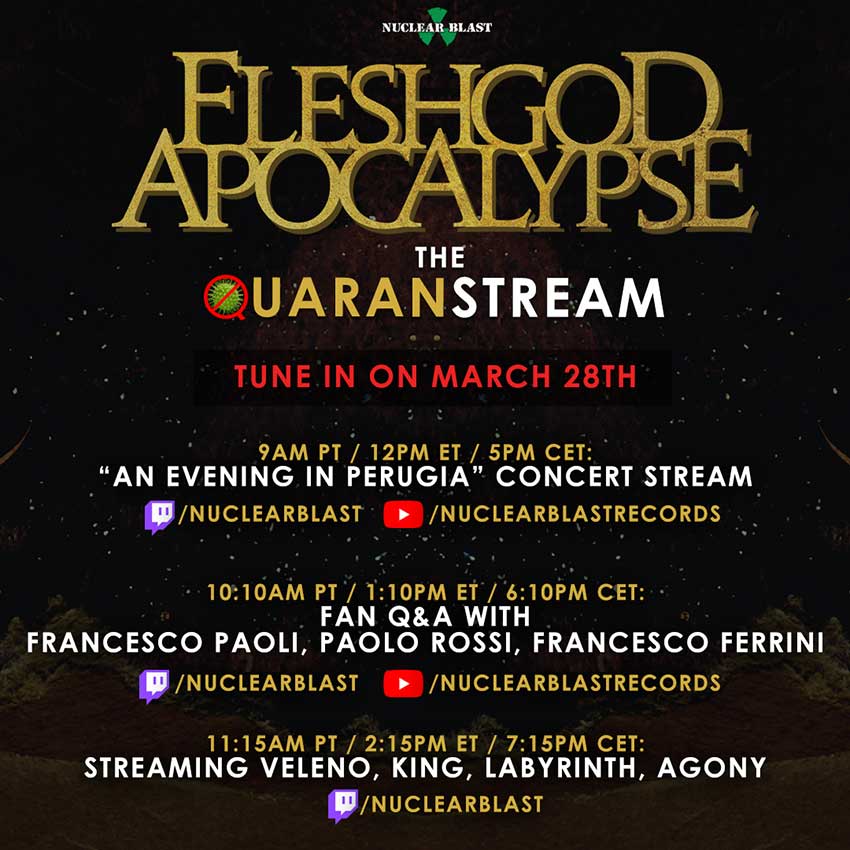 THE SCHEDULE IS AS FOLLOWS:

9am PT / 12 pm ET / 5pm CET
Fans can tune in to the Nuclear Blast Twitch and Nuclear Blast YouTube channels to watch a rebroadcast of the special show “An Evening In Perugia,” originally performed on September 22nd, 2018 at Afterlife Club in the band’s hometown of Perugia, Italy with a classical string quintet. 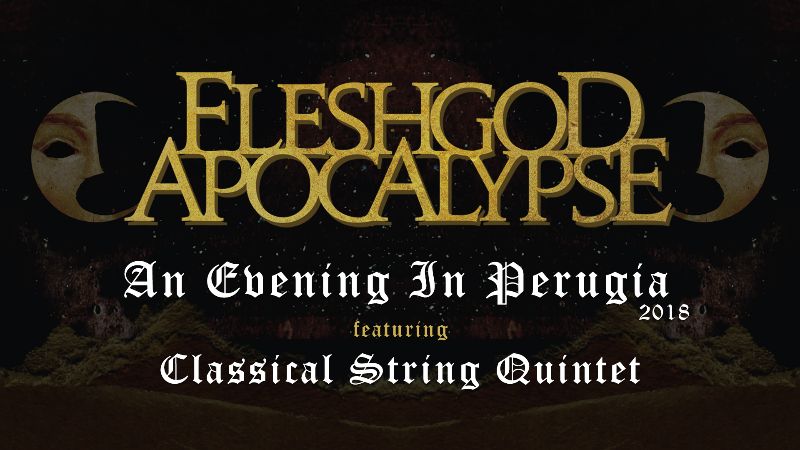 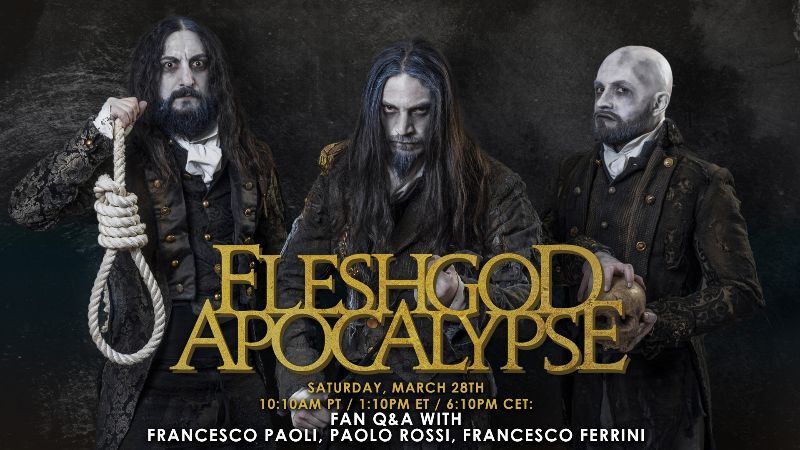 FLESHGOD APOCALYPSE checks in with the following message:

“These are tough times for all touring bands so, if you want to support and give us a contribution, please have a look at the band’s official merch store.

Thanks so much everyone for the huge support we’ve been receiving these days.” 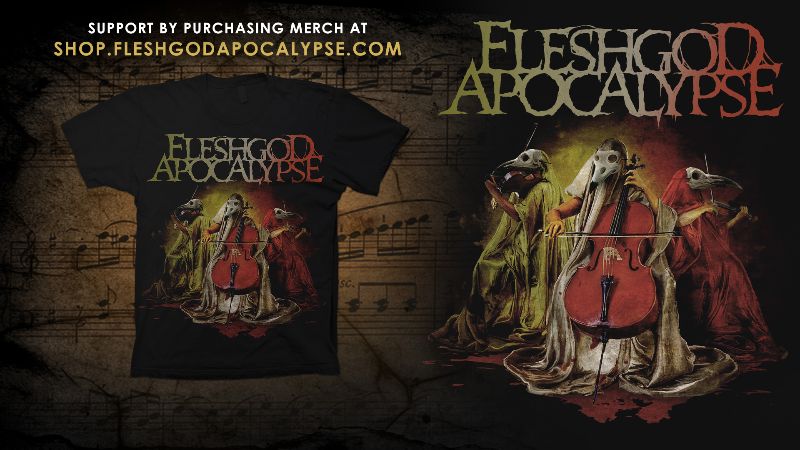