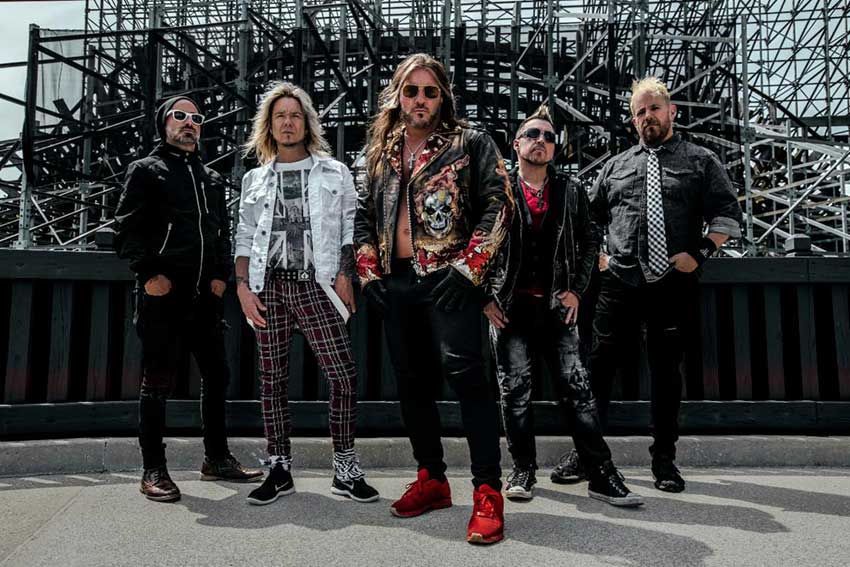 Powerhouse rockers Fozzy have announced their new album BOOMBOX is out on April 15th. The album, which includes the top 10 singles, “Nowhere to Run” and “Sane”, was once again produced by Johnny Andrews. Stay tuned for more info on the band’s forthcoming release and 3rd radio single (due out early next year) by following Fozzy on socials.

“Judas…both the album & the song…was a HUGE breakthrough for FOZZY. It took us to the next level and positioned us as legit players at rock radio and as a live draw. As a result, we knew that we had to follow up with the album of a lifetime….BOOMBOX is that album!! You’ve already heard the top ten singles “Nowhere To Run” and “Sane”- kick ass, hooky songs that set the tone for this record. But it’s, “I Still Burn”, “Army Of One” and “Relax”, that in my opinion are going to take this album and this band even further up the rock n roll ladder!!

I firmly believe this is the third best album of our entire career!! (Of course I think it’s our best…but I always wanted to hear a band say that) So crank the volume and hold the BOOMBOX up to your earholes!! It’s gonna be a wild ride….,” states FOZZY frontman Chris Jericho.

Fozzy have also just announced their Save The World Tour 2022 US leg. The band’s headlining tour, featuring special guests GFM, KrashKarma, and The Nocturnal Affair, starts on March 31st in Detroit, MI and wraps on May 16th in Sauget, IL. Tickets are available to purchase, HERE.

Additionally, to celebrate the release of BOOMBOX, Fozzy will also be playing an album release party at Irving Plaza in New York City on April 11th, where fans will be able to purchase and listen to the full album exclusively in advance of the release. General admission tickets are available to purchase, [HERE], and VIP tickets, which includes a meet and greet with the band, a private soundcheck experience (feat. a mini set of Fozzy and Classic Rock songs), a group photo with the band, a signed photograph, and early hassle-free merch shopping, are available HERE.

After touring the world with the likes of Metallica, Avenged Sevenfold, Iron Maiden, Slash, & Shinedown and building a loyal fanbase for the better part of twenty years, Fozzy is the epitome of what a great rock n roll band should be: catchy, groovy, hooky, sweaty and most importantly, an AWESOME F**KIN TIME!

With six consecutive TOP 30 singles, Fozzy is steadily becoming one of the most successful bands on Modern Rock Radio. It was the band’s 2012 release Sin And Bones, which featured the hit single “Sandpaper” (over 4.5 million views on YouTube), that found the band reaching a level of legitimacy that drew a mass audience to drink in their trademark heavy melodic groove. Their next album, Do You Wanna Start A War (produced by Ward), released in the summer of 2014, really blew the doors open, debuting at #54 on Billboard and giving the band their first top 30 radio single in “Lights Go Out”, which was blared in sports arenas nationwide. Then, in May 2017, came the band’s breakthrough massive smash hit “Judas”, which is expected to achieve Gold Record status by the end of 2021. The aforementioned title track spent 5 weeks at #1 on the highly influential ‘Big Uns Countdown’ on Sirius/ XM’s Octane channel, amassed over 53 million views for its video on YouTube, cracked the Top 5 on the US Rock Radio Chart and is heard by millions of fans worldwide weekly on TNT Network’s hugely popular “AEW Dynamite” program. The follow up single “Painless” hit number 9 on the charts (over 10 million views on YouTube) with “Burn Me Out” peaking at number 18. With the forthcoming release of BOOMBOX and the top 10 radio success of “Nowhere To Run” and “Sane”, Fozzy is sure to build on their already impressive rock radio legacy.

Rich Ward leads the band and is one of the most versatile, talented riff machines & songwriters in rock n roll today. Chris Jericho’s skills as a frontman are second to none and his vocal style & range are both unique and instantly recognizable. The powerhouse drumming of Frank Fontsere, the blazing solos of Billy Grey and the electric star presence of bass player, PJ Farley, round out the current line up.

These are five legit rock stars, whose energy and charisma light up every stage they play on and every crowd they perform for. It’s no surprise that Fozzy has skyrocketed into one of the hottest rock acts in years. 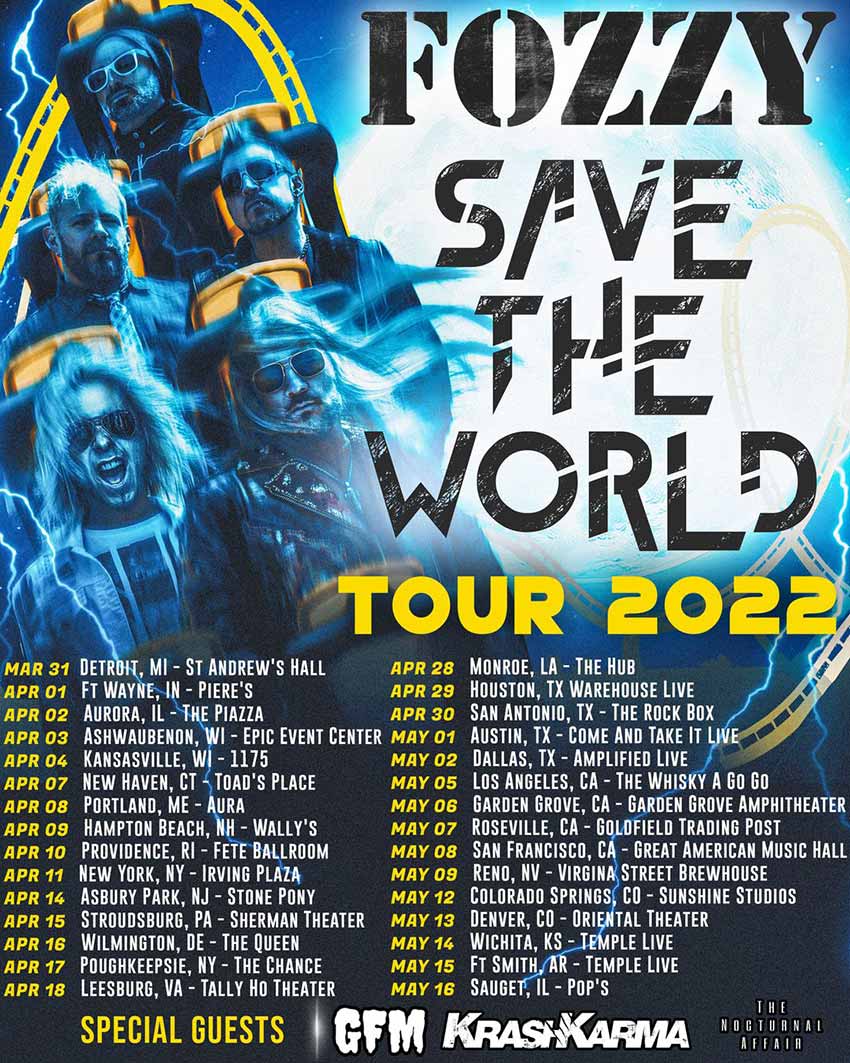 Also Check Out: Lord of the Lost share video single “My Constellation”