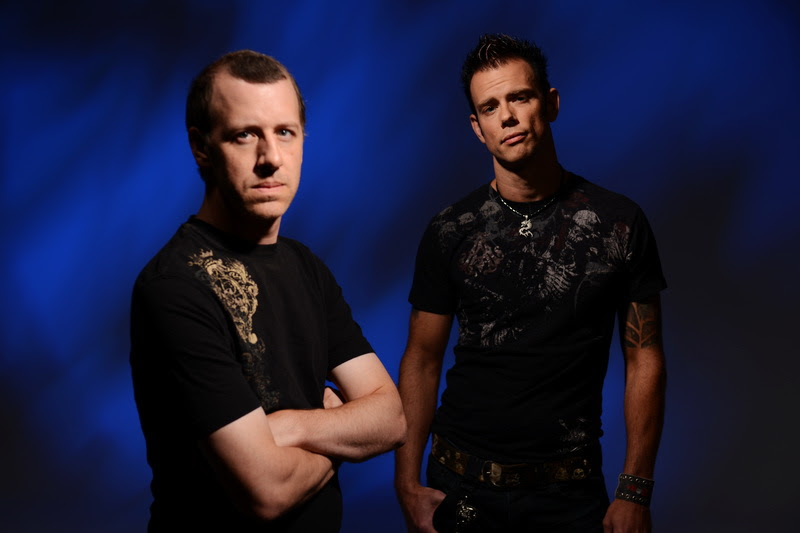 Joining the ranks at Sliptrick Records: Ghost In The Machine (US) Rocktronica | Alternative | Post Industrial

Ghost In The Machine has driven up alongside you on a high-octane Rocktronica musical muscle motorcar on the journey to the otherwise! The U.S. band creates Rocktronica – their high-energy expression of blending various genres with a Pop sensibility. Alternative in nature, one can hear influences from Industrial, Rock, Electronica, Urban and more. Known for weaving polished crafted songs with thundering grooves, heavy guitars and lush electronics; they delve deeply into lyrical concepts reaching the boundaries of love and hate, oppression and enlightenment and the social experience. A typical reaction to hearing GITM music – “it sounds like it’s from a movie”.

The duo of C4 and Face, both former members of late-‘80s metal band Hangman, formed GITM in 1995. Wanting to create music that fused elements of different musical styles, the band name Ghost In The Machine was chosen, symbolizing the band’s music, created in and coming from, a seemingly lifeless and emotionless computer brought to life by the music. It is that music that is the ghost in the machine!