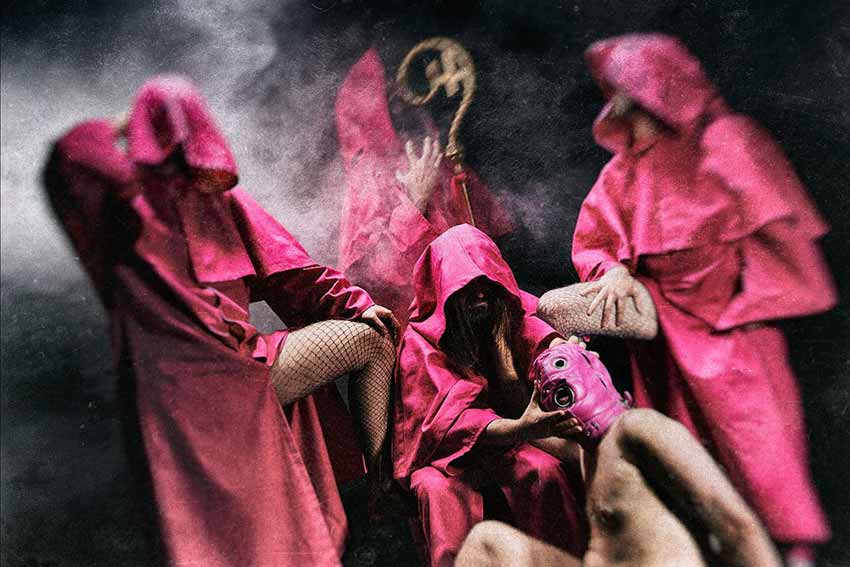 Season of Mist proud to announce the signing of French gore grind band Gronibard! We are even prouder to announce that the laziest band on earth has FINALLY gotten off their crusty couches and have written a new album that will be released in 2022!

Gronibard comments: “We, Gronibard, are very proud to be under the Season of Mist banner. Michael [Berberian] has promised us to pay us with the Morbid Angel’s ‘Illud Divinum Insanus’ collector boxset and assured us it will reach great value soon and make us rich.”

For a glimpse of what’s to come, check out Gronibard’s album ‘Satanic Tuning Club’ HERE [Spotify embedded below].

The French gore grind masters of Gronibard were formed in Lille (FR) in 1998 and released their very first album ‘Gronibard’ about 10 years ago, in 2001. The album, consisting of 33 songs, was very well received by French press, resulting in the recordings of a brand new EP, ‘Satanic Tuning Club’ in 2004 (and which was re-issued in 2012). Shortly after, the band was invited to play the mighty Maryland Death Fest in 2005 alongside WORMED and DESPISED ICON. In 2008, Gronibard released their second full length “We are french fukk you” resulting in more European shows and Festival appearances.

In the spring of 2022, Gronibard will release their third brand new album via Season of Mist!