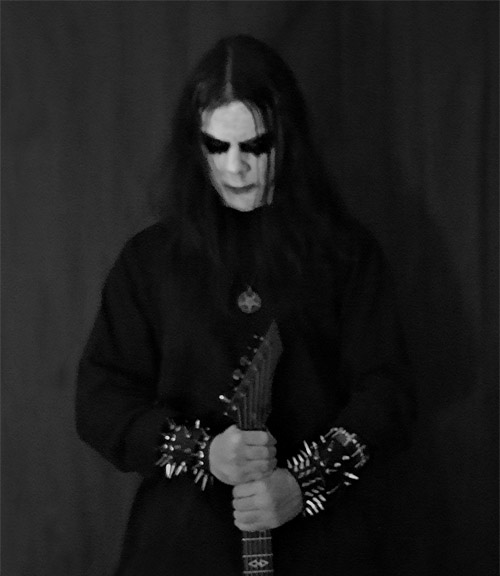 Haiduk, the one-man blackened death metal project of Luka Milojica, will be releasing their 4th full-length album! Anticipated for summer/fall of 2021, the album will feature 11 new songs, tying together the dark lore of the previous HAIDUK albums and feature new maps, stories, illustrations, and timeline. Mastering will take place in the black metal Mecca, Gothenburg, Sweden, by Robert Kukla from Obsidian Studios / Studio Fredman.

Luka Milojica describes the music on the new album as: “Pure evil, speed and darkness.”

Haiduk have previously released 4 albums, including their initial demo. ‘Plagueswept’ (2010), cemented the diverse and unique blend of death, thrash, black metal and lots of guitars.

Working in solitude, Haiduk unveiled their full-length debut ‘Spellbook’ (2012). Not a concept album in the strictest sense, each song follows a black-magic theme, focusing on a particular spell while conjuring fast guitars and powerful riff attacks.

The name Haiduk, has Serbian origins and is “… someone who retreats into the forests when his country is under invasion in order to resist capture and continue fighting.” And with each release, Haiduk fights the good fight against musical mediocrity!

More info will be available soon.