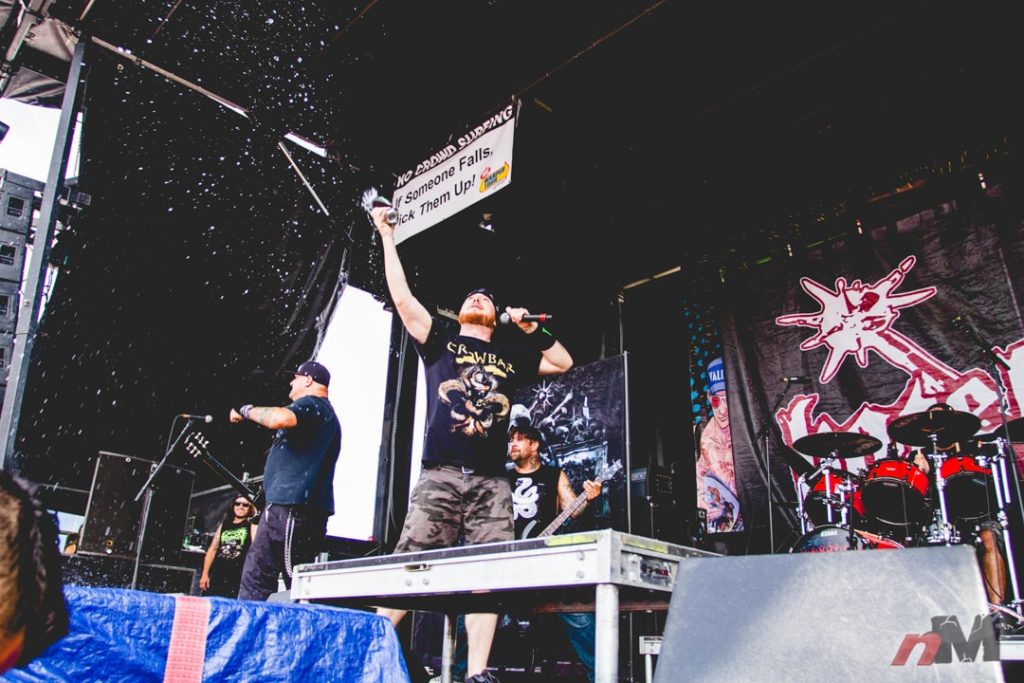 Having just cancelled their U.S. ‘Monsters of Mosh Tour’ due to the ongoing COVID-19 pandemic, Connecticut metal/hardcore greats Hatebreed have revealed that their new full-length album, the follow-up to 2016′ ‘The Concrete Confessional,’ has been postponed indefinitely.

Hatebreed’s vocalist Jamey Jasta broke the news via twitter today, while responding to a fan.

Hi Jamey, hope you are well, could you tell us when the new hatebreed album is out? Cheers

Thanx you too, album is postponed indefinitely. I’m told retail + pressing plants in EU & N. America will be closing or are closed already making manufacturering/pre-orders impossible. Our fans buy a lot of vinyl/CDs so the label needs to protect their investment understandably

Hatebreed were set to make an announcement on March 20 (possibly) revealing the new LP. But of course, due to the world’s current situation, the announcement was never made.

Last month, Hatebreed premiered their first single in four years titled “When The Blade Drops” (stream it below). “This is just a taste of what’s to come and we’re definitely going hard on this one.” says Jamey regarding the new track. “The speed, intensity, and brutality that people have come to expect from us is on full display. Can’t wait to play this one live and see the pit erupt.”