Ice Nine Kills was scheduled to play at a Disney owned venue in Orlando, FL on April 26th 2019. A few weeks prior to the performance, the band was notified that they were no longer welcome to play because of their evil and disturbing imagery. This mini-documentary provides a glimpse of what went down on July 25th when they returned to the city for revenge.

“Looking back at the Disney incident fills me with nothing but laughter. When I first heard about the ban I was perturbed strictly because we love playing in that city. But rather than mope and cry about it, I had the idea to poke fun at the situation by creating a merch line of beloved Disney characters and inserting them in slasher movie scenarios.

This mini documentary chronicles our triumphant sold out return to Orlando and the chaos that ensued..“


To compliment the release of ‘The Disney Revenge Show’, Ice Nine Kills have dropped their latest Nightmare On The Ninth merch capsule – ‘Too Evil For Children II’ – with a number of bone-chilling designs featuring horror themed reimaginings of Classic Disney characters. As with every Nightmare On The Ninth drop, this capsule is only available for a limited amount of time from www.nightmareontheninth.com and will sell out, so grab yours while you can. 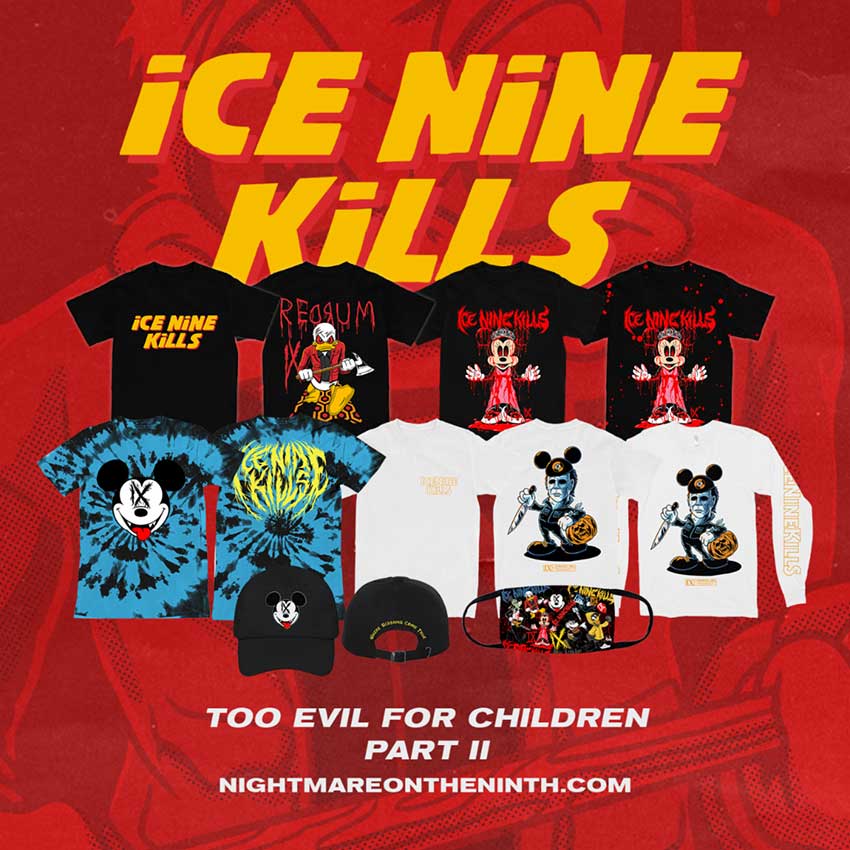 Ice Nine Kills also revealed that they will have a vey special Record Store Day exclusive this year. The Silver Scream: Killer Cuts 10″ Vinyl will feature 6 tracks on a blood-splattered, buzz saw shaped vinyl and will be available on Saturday, October 24th. Head to recordstoreday.com for info.