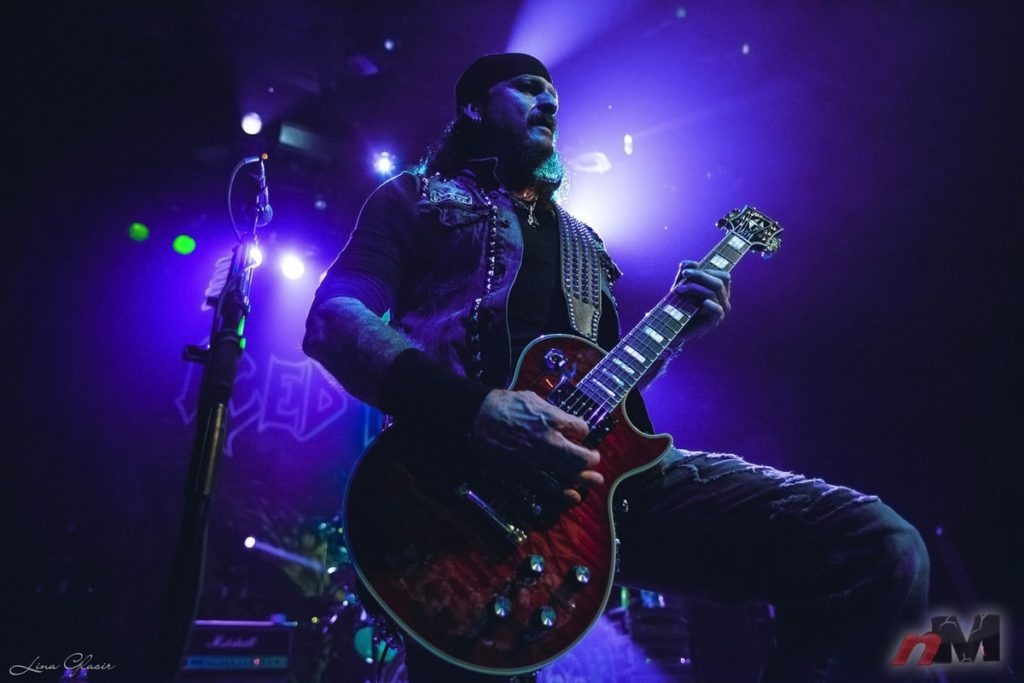 CNN have released newly revealed security video (as part of the evidence footage used against former U.S. President Donald J. Trump in his second impeachment trail) from the January 6th Washington, D.C. riot that depicts Jon Schaffer of Iced Earth among a mob of Trump supporters charging the U.S. Capitol building and breaching its walls.

The new clip is embedded below. Also pictured in the fresh footage is King 810 frontman David Gunn (starting at the 44 second mark), who previously stated that he was on the steps of the Capitol building that day to film his band’s next music video. Schaffer can be seen in front of the mob infiltrating the Capitol building starting at the 1:13 mark.


The U.S. Department of Justice made available a ‘Statement of Facts’ document which shows the below photo collage depicting Schaffer wielding ‘bear spray’ on the day of the Capitol riot. As per the document: “SCHAFFER was among the rioters who sprayed United States Capitol Police officers with “bear spray,” a form of capsaicin pepper spray sold by many outdoors retailers, as part of their efforts to push the officers back inside the Capitol and breach the Capitol Building themselves. SCHAFFER was photographed and captured on surveillance video carrying “bear spray” and engaging in verbal altercations with Capitol Police officers inside the Capitol Building. SCHAFFER is seen holding a clear sunglasses in one photograph, and bear spray in other photographs.”

The document also states: “The photographs show SCHAFFER in a blue hooded sweatshirt under a tactical vest with a baseball cap that reads “Oath Keepers Lifetime Member.” The “Oath Keepers” is an organization that characterizes itself as a militia of former law enforcement and military personnel and has often, as a group, urged President Trump to declare Martial Law in order to prevent the Congress from certifying the Electoral College Results.”

Schaffer turned himself in to police in Hamilton County on January 17th. FBI Indianapolis confirmed Schaffer’s arrest, declaring: “Jon Schaffer, Columbus, IN, has been arrested in connection to Jan 6 incident at the U.S. Capitol. Schaffer faces 6 charges including engaging in an act of physical violence in a Capitol building. Schaffer was allegedly among rioters who sprayed Capitol police with “bear spray.””

Still being held by police, Schaffer is charged with:

Revealed this morning, vocalist Stu Block and bassist/backing vocalist Luke Appleton have officially parted ways with Iced Earth. Guitarist Jake Dreyer also announced that he is distancing himself from the outfit. All three band members, along with drummer Brent Smedley, previously stated that they “absolutely DO NOT condone” nor do they support “riots or the acts of violence that the rioters were involved in on January 6th at the US Capitol building.”

As reported, Hansi Kürsch recently announced his departure from Demons & Wizards, the power metal side project he and Schaffer started in 1997.