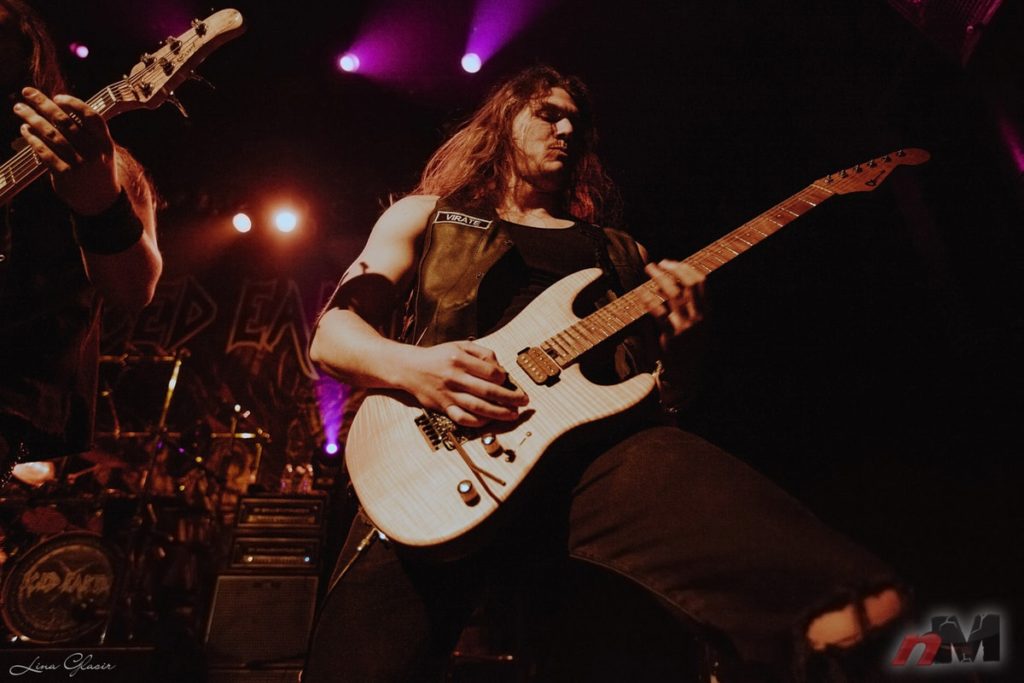 Following this morning’s news that vocalist Stu Block and bassist/backing vocalist Luke Appleton have officially parted ways with heavy metal band Iced Earth, guitarist Jake Dreyer has now revealed that he too is distancing himself from the outfit.

Speaking to TMZ, Dreyer stated that he worked with Iced Earth from 2016 – 2018, but that he’s currently only focused on his main project, LA-based heavy/progressive/power metal act Witherfall. Jake declared that he enjoyed his time with Iced Eearth, but “it’s unfortunate how this tragedy unfolded.”

As you know, Schaffer is currently being held by police for his role in the January 6th U.S. Capitol building riots. Schaffer was photographed and captured on surveillance video wielding ‘bear spray’ and allegedly used said spray against U.S. Capitol Police.

Stu, Luke, Jake and drummer Brent Smedley previously stated that they “absolutely DO NOT condone” nor do they support “riots or the acts of violence that the rioters were involved in on January 6th at the US Capitol building.”

As noted, Hansi Kürsch recently announced his departure from Demons & Wizards, the power metal side project he and Schaffer started in 1997. Jake previously performed in the band as a live guitarist.