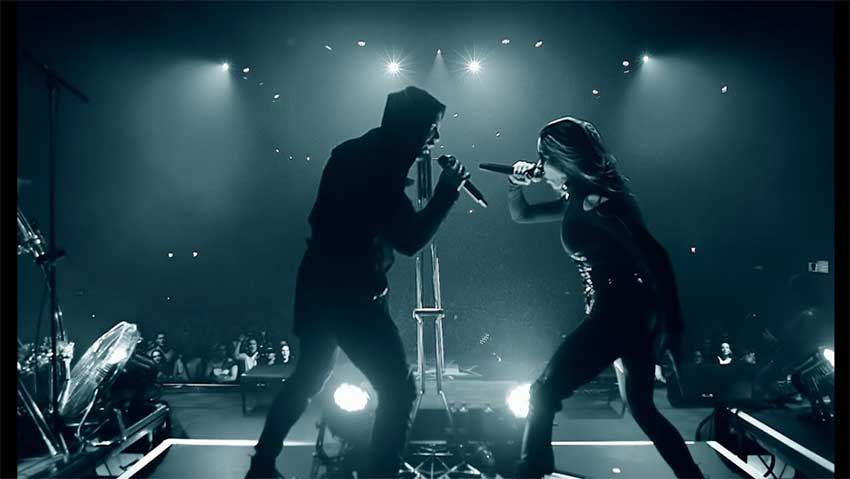 Symphonic metal masters KAMELOT return with their newest offering, I Am The Empire – Live From The 013, to be released on August 14, 2020 via Napalm Records! The majestic live album/DVD/BluRay, recorded at the legendary 013 in Tilburg, Netherlands, gives you a taste of KAMELOT’s grandness live on stage.

Today, the band around mastermind Thomas Youngblood releases the powerful live video of the show’s opening song, “Phantom Divine (Shadow Empire)”. Accompanied by a pyro show, the intro kicks in and the listener can feel the heat in the completely sold out 013, full of suspense. The stunning live performance features guest vocals by the furious Lauren Hart (Once Human) who alternates between beautifully clean vocals and frightening growls. KAMELOT proves once more that it only takes seconds for them to fascinate their audiences with palpable, nonstop energy!

KAMELOT guitarist/founder Thomas Youngblood on “Phantom Divine”:
“We are pleased to present “Phantom Divine” as the second video from our upcoming DVD/BluRay. This song is from our most recent studio release The Shadow Theory and features Lauren Hart (Once Human). During the entire Shadow Tour, this was the night opener and always set the tone for the rest of the evening. Fans tell me this song encompasses a ton of what they feel is part of the KAMELOT trademark. We hope you all share in our joy for this release!”

Once Human’s Lauren Hart adds:
“What a MASTERPIECE!! It was a huge honor to share the stage with so many legends and witness this beautiful piece of KAMELOT history!”