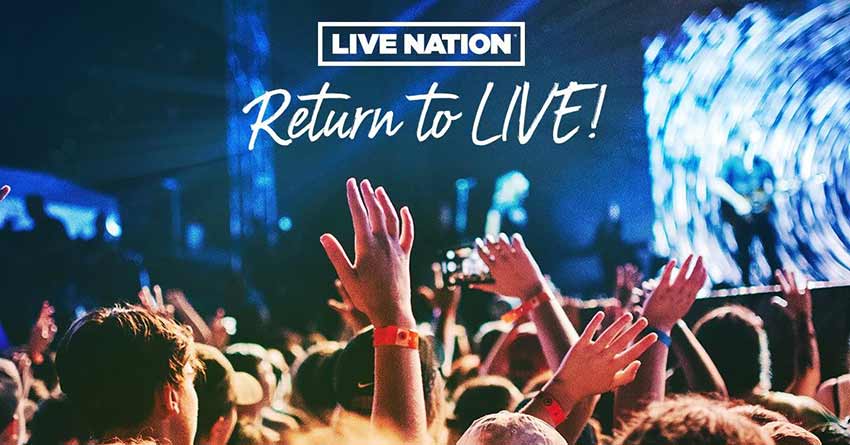 Today Live Nation announced it is celebrating the Return to Live concerts this summer by offering fans $20 all-in tickets to nearly 1,000 shows this year. As Live Nation’s outdoor venues across the U.S. begin to open, the time is here to get outside and catch live music with friends, family and loved ones at over 40 Live Nation amphitheaters all across the country. For a limited time only next week, fans will have access to exclusive $20 tickets to participating Live Nation shows, including taxes and fees.

“We can’t wait to get back on the road and in front of our fans, it means so much to be able to bring live music back to the people that support us the most,” said the Jonas Brothers.

The special promotion marks the highly-anticipated return of live music in the U.S. as artists ready to hit the stage and fans can’t wait to see their favorite acts live in-person once again. Participating artists include some of today’s biggest acts across genres including Country, Hip-Hop, Latin, Metal, Pop, Rock, and more. See full list below.

“We couldn’t be more excited to get back out on the road,” said Zac Brown. “It’s been a long, difficult year for everyone and we’re fired up to be reuniting with our crew, sharing new music with our fans, and celebrating a brand new world.”

The $20 tickets will be available to the general public starting next Wednesday, July 28th at 12pm ET/9am PT on LiveNation.com for a limited time only, while supplies last.

Participating artists celebrating the Return to Live concerts include: