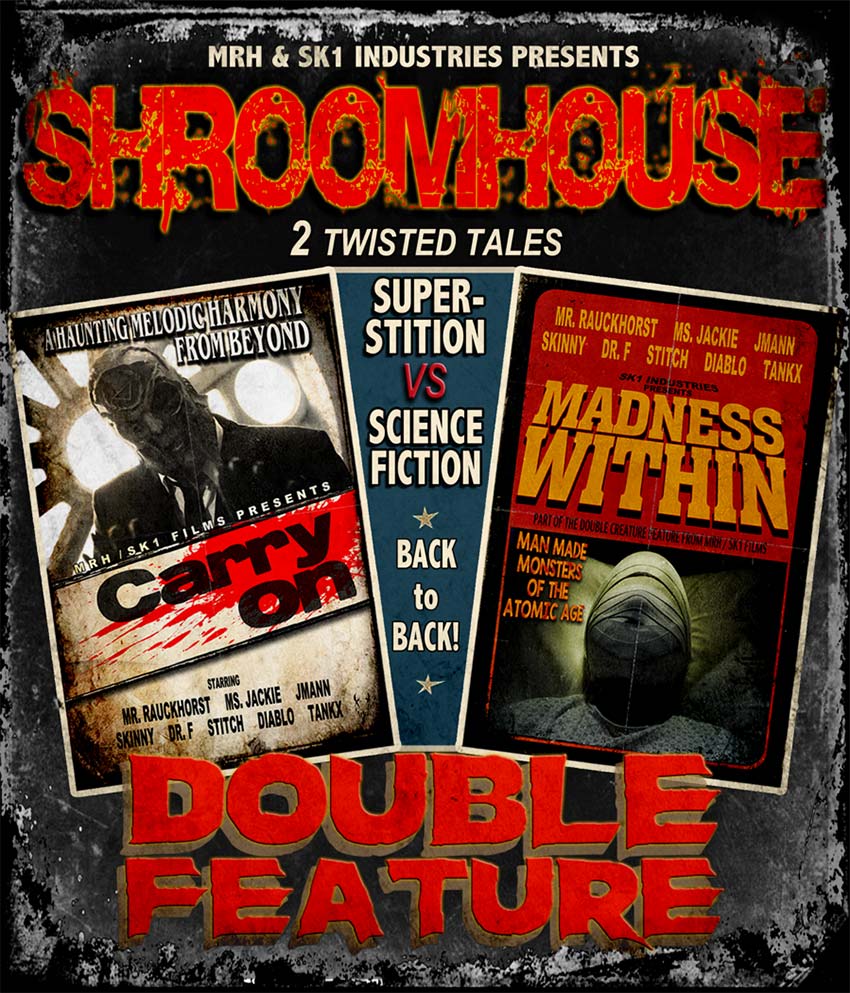 It’s known throughout the heavy metal universe and beyond that Mushroomhead are the leaders of self-produced cinematic music videos – the band has delivered countless high-budget film quality music videos to their fans over the course of their career, garnering millions upon millions of views and turning the heads of horror buffs outside the musical realm.

This Valentine’s “Slay” Sunday, don’t let lockdown’s closure of movie theaters get you down – Mushroomhead are kicking things into high gear with the reveal of their first ever grindhouse-style “Shroomhouse” double feature: a 25-minute trip inside the minds of the masked madmen featuring two extravagant new music videos for recent fan favorites “Carry On” and “Madness Within”.

Premiering alongside a livechat via Mushroomhead’s YouTube channel on Sunday, February 14 at 12 PM EST / 6 PM CET (livechat kicks off at 11:30 AM EST / 5:30 PM CET), the “Shroomhouse” double feature will not only include the aforementioned music videos, but also twisted film trailers, cinema featurettes and more, all produced by the distorted minds of Mushroomhead themselves.

During the livestream, fans can also enter the YouTube chatroom for a chance to win special Mushroomhead prizes, including a limited “Shroomhouse” lithograph, unique merchandise, and more. Tune into the livestream for details and make sure to brush up on your MUSHROOMHEAD facts – or else!