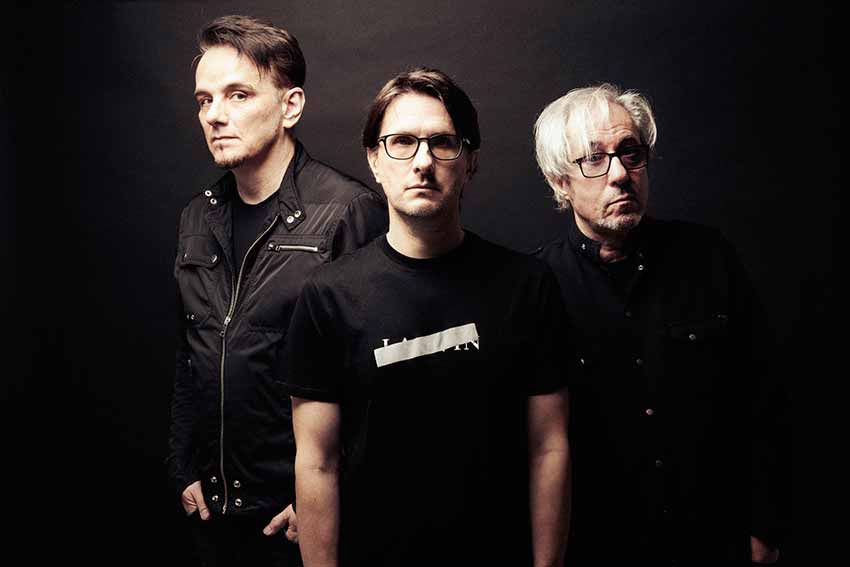 “Harridan” heralds the release of Porcupine Tree’s long awaited 11th studio album, ‘Closure / Continuation,’ due via Music For Nations/Megaforce Records on Friday, June 24, 2022. The new album – which follows 2009’s best-selling THE INCIDENT – will be available on standard CD, standard black vinyl 2×12” LP, white vinyl 2×12” LP, transparent blue vinyl 2×12” LP, and white cassette. In addition, a limited audiophile deluxe LP will also be available, cut at 45rpm on 3×12” clear vinyl in 12” slipcase box with two bonus tracks; a limited audiophile deluxe CD in 12” slipcase box will include the standard CD, a second disc with three bonus tracks and instrumentals, Blu-ray disc with 5.1/Dolby Atmos and HD audio versions of the album, and an exclusive album art book. Pre-orders are available now.

“‘Harridan’ and a few of the other new songs have been in play since shortly after the release of THE INCIDENT,” says Porcupine Tree. “They initially lived on a hard drive in a slowly growing computer file marked PT2012, later renamed PT2015, PT2018, and so on. There were times when we even forgot they were there, and times when they nagged us to finish them to see where they would take us. Listening to the finished pieces, it was clear that this wasn’t like any of our work outside of the band – the combined DNA of the people behind the music meant these tracks were forming what was undeniably, unmistakably, obviously a Porcupine Tree record. You’ll hear all of that DNA flowing right through ‘Harridan.’”

Porcupine Tree – Steven Wilson, Richard Barbieri, and Gavin Harrison – will celebrate their long overdue return with a wide-ranging world tour, set to hit North America next fall. The band recently unveiled a series of European and UK live shows – their first since October 2010 – getting underway October 21, 2022 in Berlin, Germany and then culminating at London’s world famous SSE Arena, Wembley on November 11. For updates, please visit porcupinetree.com/tour-dates.