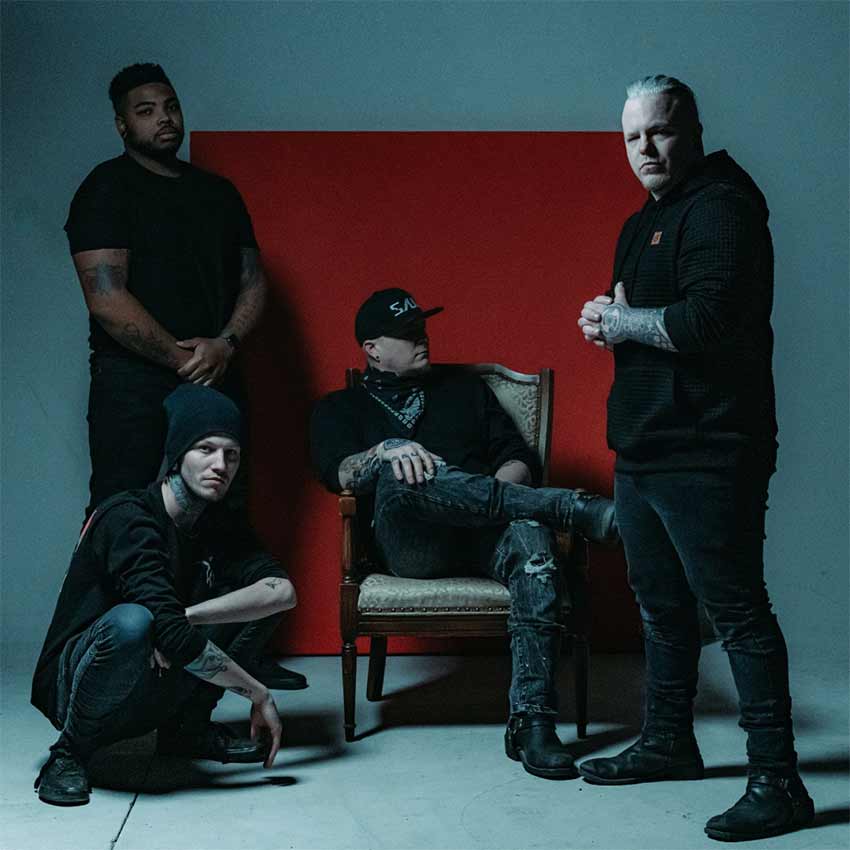 Blake Bedsaul pulls back the curtain on the deeper meaning behind the song, saying, “‘Looking to Fight’ is a moment of introspection. Ask yourself this: Am I the hero or the villain in any given situation? After a long hard look into how I was dealing with my emotions, I realized that I was the villain of my own story. But don’t just apologize. Take responsibility for your actions and own up to them. Make the change to be someone to fight for — not against.”

“Looking to Fight” is taken from Saul’s debut full-length Rise As Equals, out now on Spinefarm. The album has already garnered 16 million streams and counting since its Fall 2020 release. The band also enjoyed its best-performing active rock radio song to date with “King of Misery.”

Loudwire praised the band for crafting “punchy anthems with immediate sing-along choruses.” Elsewhere, Cryptic Rock called Rise As Equals “a more than solid debut from a band whose name you need to know.” Flying Fiddlesticks labeled it “a stab at the heart of mediocrity that rises above the tide of ordinary heavy music.”

Saul show no signs of slowing down. The band will return to the road this summer and they are eager to forge that direct connection with their fans, known as “Equals,” live, onstage, and in the flesh again. They will be appearing at various festivals and other shows before hitting the road with Atreyu, Crown the Empire, and more. All dates are below.

Additionally, Saul have teamed up with Fancircles to create a community platform for their beloved army of fans — The Equals. The band is setting a precedent in next-level fan engagement and sees Fancircles as perfect partners to deliver exclusive content, giveaways, live broadcasts, sneak previews of new songs and videos, and much more, in a safe space that is focused entirely on building The Equals community. Learn more here.