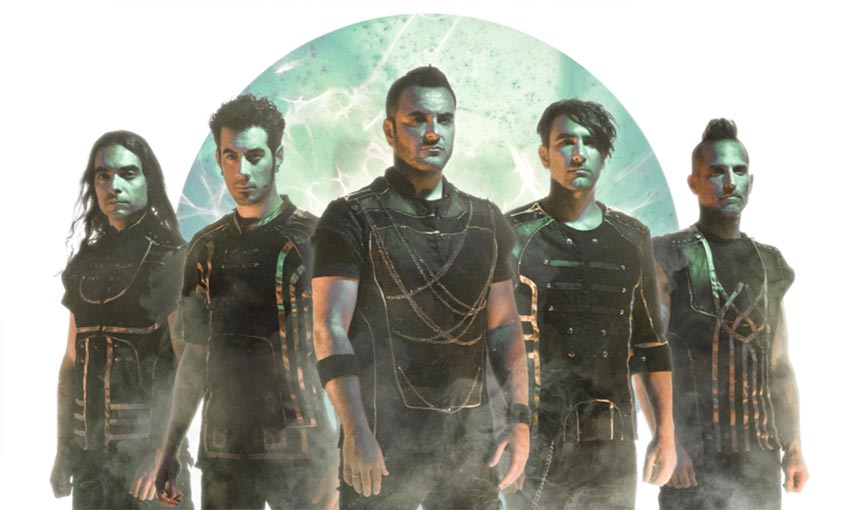 Breathe in the fresh modern metal sound of Scar of the Sun, spliced with atmospheric soundscapes and dynamic riffs! Napalm Records is pleased to welcome this prime unit to its growing roster.

Formed in the late ’00s in London and consequently relocating to Athens, Greece, Scar of the Sun released their first self-titled demo in 2005, that was nominated for “Demo of the Month” by Metal Hammer Greece. With their first full-length, A Series Of Unfortunate Concurrencies (2011), followed by the powerful In Flood (2016), the five-piece gained avid reviews all over the world. In the blink of an eye, Scar of the Sun has made a name for themselves with the very special ability to deliver a fresh take on modern atmospheric metal that propelled the band into the international spotlight. After sharing the stage with outstanding acts such as Dark Tranquillity and Insomnium, as well as compatriots Rotting Christ, and touring alongside shredding outfits like Firewind, Manimal and Monuments, Scar of the Sun is currently gearing up to unleash their third album onto the masses. More to be announced soon…

Scar of the Sun on the signing:
“It is really hard to describe how happy, thankful and honored we feel now that we are part of the Napalm Records family! We have been following the label for years and admiring not only its roster but also its top-notch level of work. Now the only thing left is to overcome the current virus situation and get back on the road, since we are committed to work even harder and see you all out there!”

Join the modern metal thunder and get a glimpse of what lies ahead with the ear-conquering track “Among Waters and Giants”, cut from the band’s furious second full-length, In Flood.