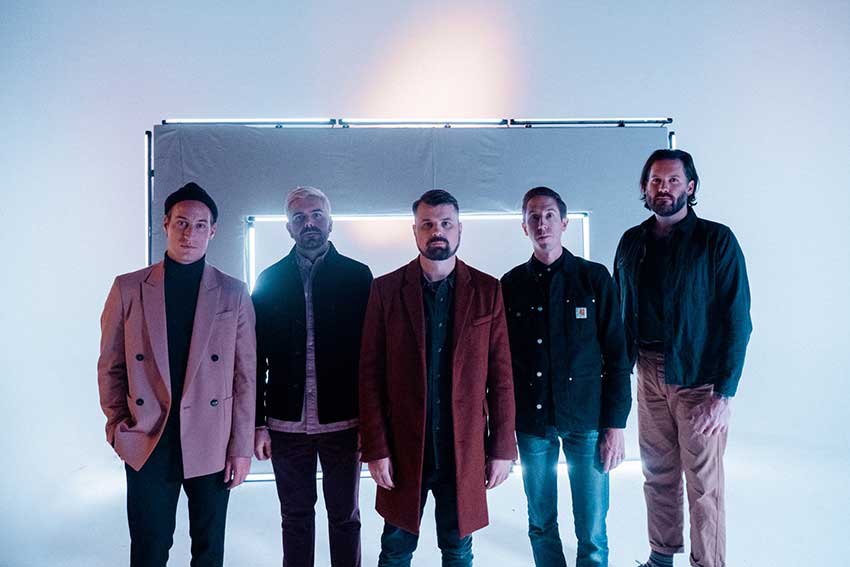 Silverstein’s postponed and rescheduled 20th anniversary North American tour with Four Year Strong and I The Mighty has been rescheduled once again, with plans to embark in February of next year (with special guests to be announced).

Unfortunately, our 20 Year Anniversary Tour across North America is being postponed again due to COVID-19. All existing tickets remain valid (hang onto those!), and new tickets can be purchased now.

The new dates will be taking place between February 8 – March 7 and include all of the originally planned cities except for 2 that sadly were impossible to re-schedule. Albuquerque and OKC – we love you and we will do our best to make up those shows later in the year!

Visit Silverstein20.com for dates/tickets and more information. Support acts will be announced soon. Thank you for 20 years – we can’t wait to perform this show for you in 2021! Until then, stay safe and healthy. 💜

Here are the new tour dates:

Check out the new flyer below.

In more news, Silverstein have posted an alternate version of their track “Where Are You,” which you can check out below. The regular version of the song first appeared on the band’s new, 2020 LP, ‘A Beautiful Place to Drown.’ 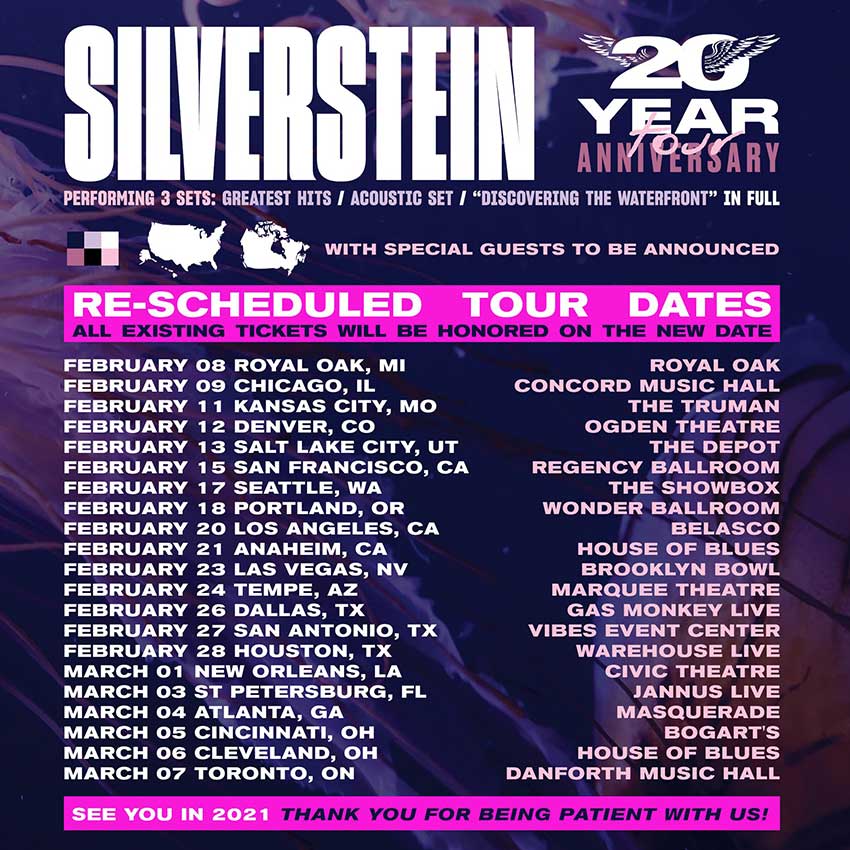