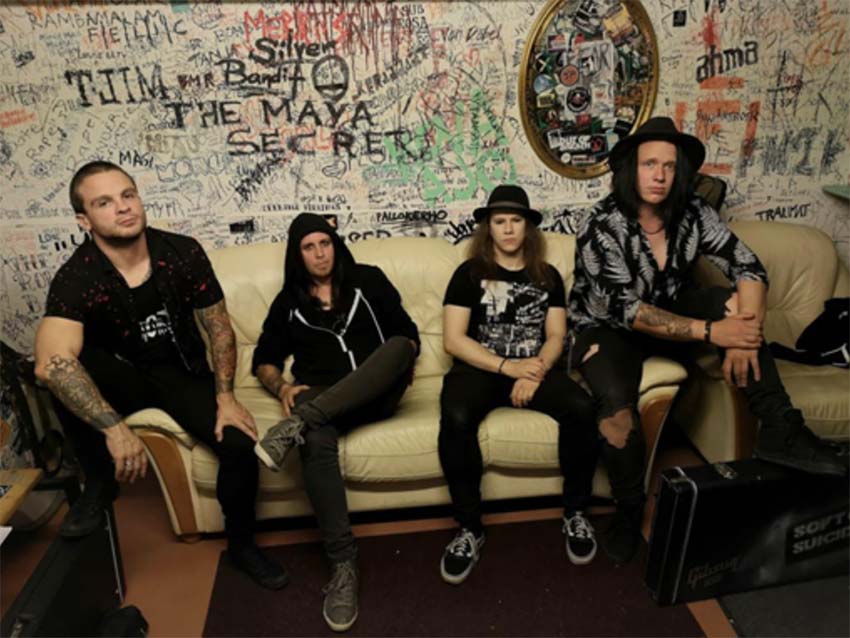 Life has never been easy, and dealing with hardships may result in going down the drain, oozed up by frustration leading to sinking deep into the alcoholic illusion of release. Many have challenged these issues in manners that would put anyone to shame, but not as down and dirty as the ferocious Finnish group of Softcore Suicide

Today, Softcore Suicide made their next step in their careers, signing with the American label, RFL Records, which from its end signed its second European band to its roster.

RFL Records’ CEO, Jon Marchewka, talked about the Finnish invasion: “I have been talking on and off with Samu Laaksonen, Softcore Suicide guitarist for about 4 years now. I found the bands video on YouTube and really loved what they were doing so this was very exciting when we got this inked. I’m a huge fan of Glam/Sleaze and Softcore Suicide does it with a vengeance; we are extremely thrilled to have these guys and are ready to get their music out to the universe.”

Petri Nikula, lead vocalist of Softcore Suicide, joined in saying: “We are more than happy to be part of the RFL family. This is a start of a great and hopefully long journey with the RFL Records and we are really looking forward to work with them“

At the moment, works on the debut full length are underway, with the album expected to be released in the coming future.


Formed in early 2014, Softcore Suicide found the edge between gritty Hard Rock, modernized Heavy Metal and a sense of devouring darkness, which has been an integral part of their local scene in general.

On the live stage, Softcore Suicide have been firing from all cylinders, leaving their attendees something to talk about after each show. Receiving plenty of praises for their highly energetic stage act, the band perfected its ways on how to keep a person’s blood pumping they storm through the stage.

Throughout their career, with mostly being active on stages, the band released an EP, “Trail Of Drama”, and five additional singles, one of them “R.I.P.” which gathered up attention. Now, the band is ready for the next step…