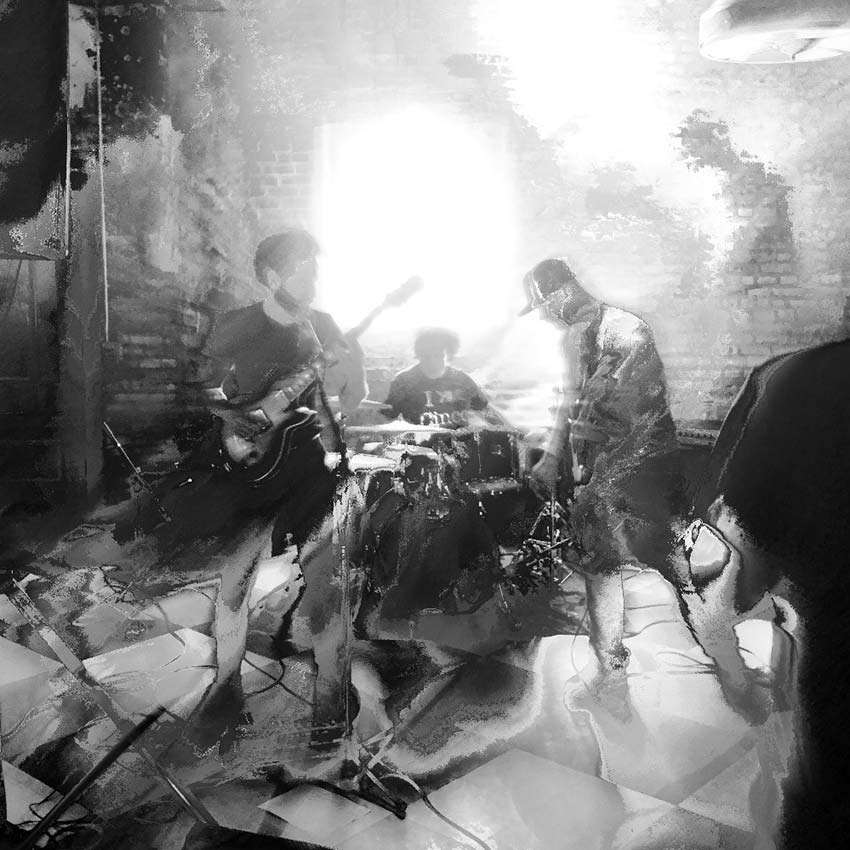 Nefarious Industries confirms the late September release of Deaths, the debut EP from Jersey City, New Jersey/Brooklyn, New York-based sludge metal/noise rock hybrid Twin God. A brief teaser for the record as well as preorders and other details have been posted.

Twin God, conceived in 2016 as Bryan Elkins’s heavy new beginning, took a turn from the elaborate riff-stacking of his previous metal band In Musth to a sharper focus on concise songwriting, eventually taking shape with the same musicians he had collaborated with for most of his adult life. Ed Charreun plays bass, Felipe Torres handles the drums. Noise rock, math rock, and sludge metal are woven into a backdrop for mania, words screamed hellishly raw through sickening anthems of self-scrutiny, archetypal dissection, and endless bile for the cruel. The influence of heavy innovators like Big Business, Black Cobra, and Botch show through. The band is good live. Maybe live shows will be a thing again someday.

With their debut EP, Deaths, the band’s storytelling reaches in opposing extremes to pointed effect regarding, you guessed it, two deaths. Musically, both tracks evoke chasms and dread like a feeling of falling, but for very different reasons. In the untethered rage of “Animate,” the artist’s wishful thinking calls on an unnamed woman to murder her (real life) serial predator husband, whereas in “You And I,” a man confronts a foundational loss – the death of his twin – and a resulting lifetime of guilt.

Torres’ drumming and Charreun’s bass were recorded by Charreun at his home studio Radon Waves. Elkins’ guitars were tracked with Mike Tarlazzi (original Twin God drummer) at his studio Chromium Homes. The vocals were self-recorded by Elkins, parallel parked in Brooklyn in his mom’s Honda CRV on a laptop during the height of NYC’s coronavirus shutdown. Elkins mixed the tracks at home, which were then mastered by Colin Marston at Menegroth, The Thousand Caves.