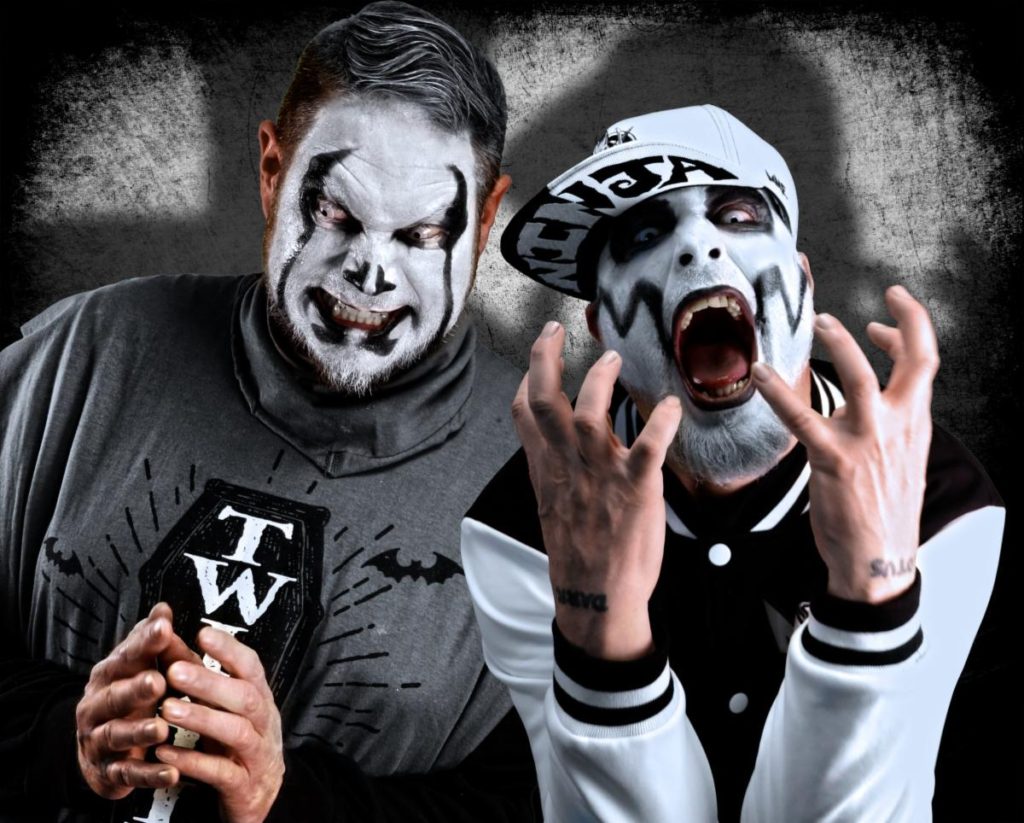 Horrorcore rap duo Twiztid have announced the date, location and first four guests for the fourth edition of their flagship Astronomicon convention. The pop culture-based gathering focuses on comics, toys, wrestling, film, general horror and more, and is set to take place at the Sheraton Ann Arbor Hotel in Ann Arbor, Michigan from August 20-22, 2021.

In addition, Twiztid also announced that the first issue of Series 2 of their graphic novel, ‘The Haunted High-Ons: The Curse of the Green Book,’ will be available early at Astronomicon. “The duo’s first graphic novel collection of their multi-award nominated comic series from publisher Source Point Press, features the duo as a pair of fake ghost hunters who find themselves called to a real haunted house,” they say. “The first collection is available now nationwide everywhere comics and graphic novels are sold.”

Said first issue of Series 2 will not be available in stores until October. A press release adds, “Astronomicon will be the only place fans can get their hands on a hard copy from a limited run of event special copies, limited to 500 and featuring a special Astronomicon 4 exclusive cover. To introduce non-comic readers to the Haunted High-Ons comic series, Twiztid has released a new animated video, voiced by Twiztid over illustrated pages from the book highlighting part of the series.” Watch the trailer below.

“Part of what people like so much about ‘Twiztid Haunted High-Ons’ is how the comic presents fictional versions of us that are still very much like us in real life,” comments one-half of Twiztid, Jamie “Madrox” Spaniolo. “The comic series captures our essence while also putting us in a fantastic and fun fictional scenario filled with ghosts, demons, and more!”

In more news, Twiztid also released an exclusive limited edition 8-Bit Astronomicon variant of their super collectible Knuckleheadz Toys figures, which is limited to only 100 and available for purchase here.

Madrox writes, “As the second volume of ‘Twiztid Haunted High-Ons’ launches from Source Point Press this August to coincide with Astronomicon 4, we’re still working on producing an animated series based on the comic with Ken Levin, the executive producer of TV comic-to-screen series such as ‘The Boys’ and ‘Preacher,’ we’re releasing more Knuckleheadz toys, and we’re even working on a game! We can’t stop and won’t stop! We love what we do and are thankful we can keep doing it!”

Fellow front-man Paul “Monoxide” Methric adds, “The comic is scary and funny, representing both aspects of who we are as performers as well as our interests as fans of pop culture.”

Furthermore, Twiztid recently confirmed a live stream concert event titled ‘Docu-Stream,’ which airs on Tuesday, April 20th, 2021, with tickets on sale now via StreamTwiztid.com. As per the announcement, “In keeping with Twiztid tradition, the special livestream will take the place of the band’s annual, in-person 4/20 celebrations and will instead provide fans all around the world a chance to come together and celebrate with their Twiztid family for Weed Day.”

Regarding the stream, they add, “The ‘Docu-Stream’ will feature two performances – the first will feature face-painted Twiztid performing their classics hits. The second will be unpainted and will feature Twztid and their drummer Drayven as they perform some of their more rock-centric tracks. Throughout the stream, Jamie Madrox and Monoxide will be recounting previously untold stories, giving fans unprecedented access to never-before-heard anecdotes from Twiztid’s 20+ year history. The event will also feature special guests Blaze Ya Dead Homie and ABK.” Check out a trailer below.

Lastly and as noted, Twiztid will also be releasing a special weed-themed mini-album dubbed ‘Electric Lettuce’ on Friday, April 23rd — get your pre-orders in here. Check out the cover art below, and stay tuned for more from the demented duo. 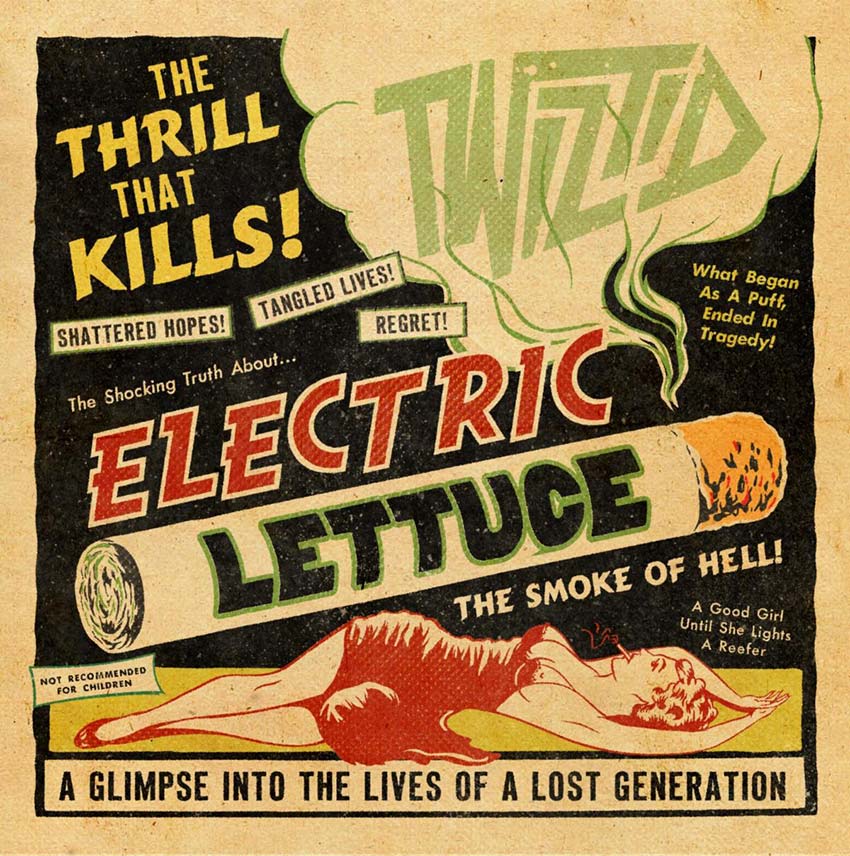