Australian electro prog sensation VOYAGER will be reissuing their highly praised album, ‘Ghost Mile’ (2017), on July 10 via Season of Mist. The album will be pressed on vinyl for the very first time. Pre-orders are now live HERE.

The band comment on the release: “What a Wonderful Day. Whilst we’re all feeling a bit Disconnected, why don’t we take a walk down To The Riverside and take in the Fragile Serene? This will prepare ourselves for the limited edition vinyl pressing of Ghost Mile, which goes on sale this Wednesday! This Gentle Earth is recovering from a huge ordeal, and we want to extend a Lifeline during this time. Misery is Only Company, and soon the darkness will give way to Ascension playing through your speakers on July 10th. So As the City Takes the Night on May 27th, head to our Bandcamp or to Season of Mist’s online store to claim your copy.”

The digipak version of ‘Ghost Mile’ will contain three bonus tracks which were recorded during the VOYAGER show at ProgPower in 2017. One of the bonus tracks is now available via the band’s YouTube channel HERE [also embedded below].

ICYMI: Earlier this year, VOYAGER’s music video for “Runaway” was exclusively premiered via ‘Eurovision – Australia Decides!’ Following an application via the Song Portal, the band finally received recognition for submitting a track and were paid tribute on the live television broadcast that aired on Saturday, February 8 on the Gold Coast. The video is now available worldwide and can be seen at THIS LOCATION [also embedded below]. 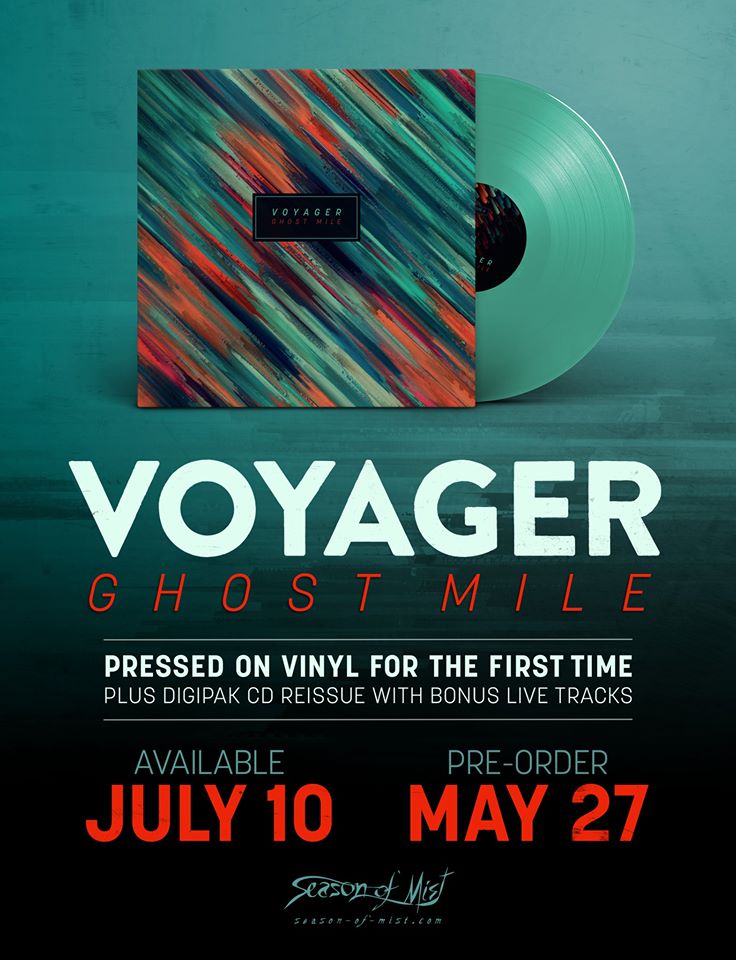