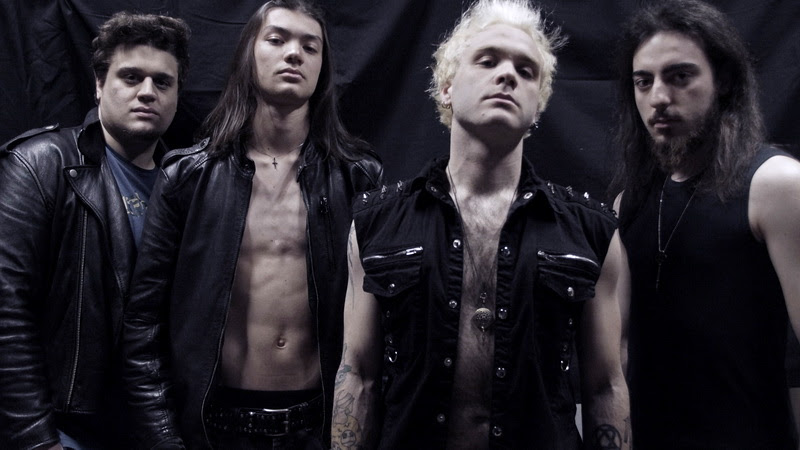 Joining the ranks at Sliptrick Records this week:

Gatecloser is a conceptual Italian Thrash Metal Band formed in 2016 by drummer Alessandro Cupici and guitarist Matteo Corbara in Forlì. Stefano Tarroni and Nicola Gavini Fiorentini immediately joined the group soon after. The band has shared the stage with artists like Kiko Loureiro, Alestorm, Skalmold, Secret Sphere, Eldritch and many others.

The sound of the band is very unusual as each member shares different influences which led to heterogeneous compositions and a powerful melodic thrash metal. In January 2019, the band recorded From The Wasteland, their first full-length studio album that is scheduled for release in 2021 under Sliptrick Records.

Gatecloser is a conceptual project, the name itself is the union of “gate” and “closer”, a creepy or reassuring entity that can be thought as the personification of Time. “The Gatecloser” is known as the guardian of the gate that contains birth, justice, revenge and death.

“I was born from a womb of shadow and I never rest, I am the ruler of your life and the master of your soul, I am the supreme judge and the heartless hangman, I am your biggest dream and your worst nightmare, I am your strongest passion and your deepest fear, I shall always be with you and you shall never get rid of me… I am the Gatecloser.”