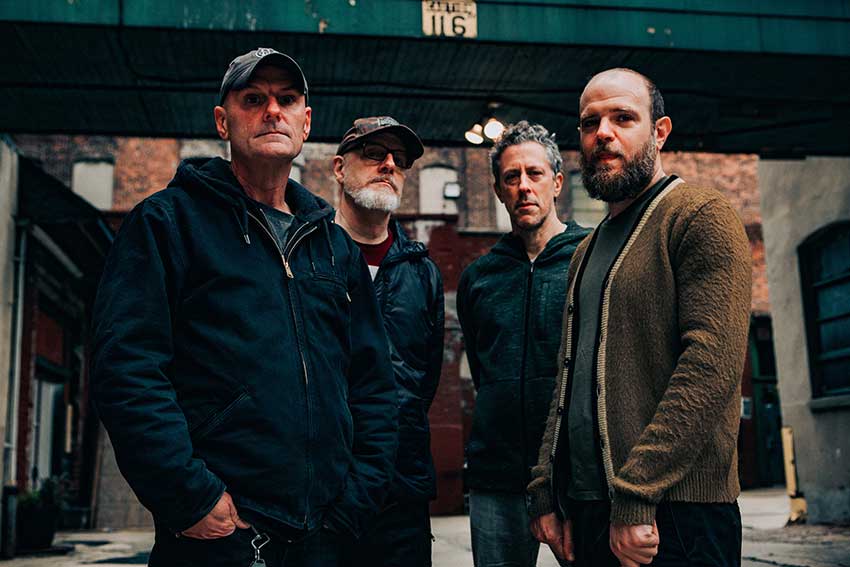 ““Transist” was from a group of songs that we recorded and mixed just prior to the current pandemic,” says the band. “The song is a reflection on what the world looks like as things fall apart. Our broken ideals, the unstable foundations of our civilization, our trusting dependence on technology and our subservience to the ruling governments/corporations. The shining object held up by society that will never be realized. All creating a pressing need for change.”

They go on to say: ““Subversion” emerged from a 30 minute intro from our last live show (on March 14). We started that show with a 30 minute improv noise/ambient set. All members of the band have varied histories in soundtrack work and scoring music to picture. We look forward to getting back to live shows and expanding on this more.”

This past April, Human Impact dropped a new track dubbed “Contact.” The band’s self-titled album is out now.