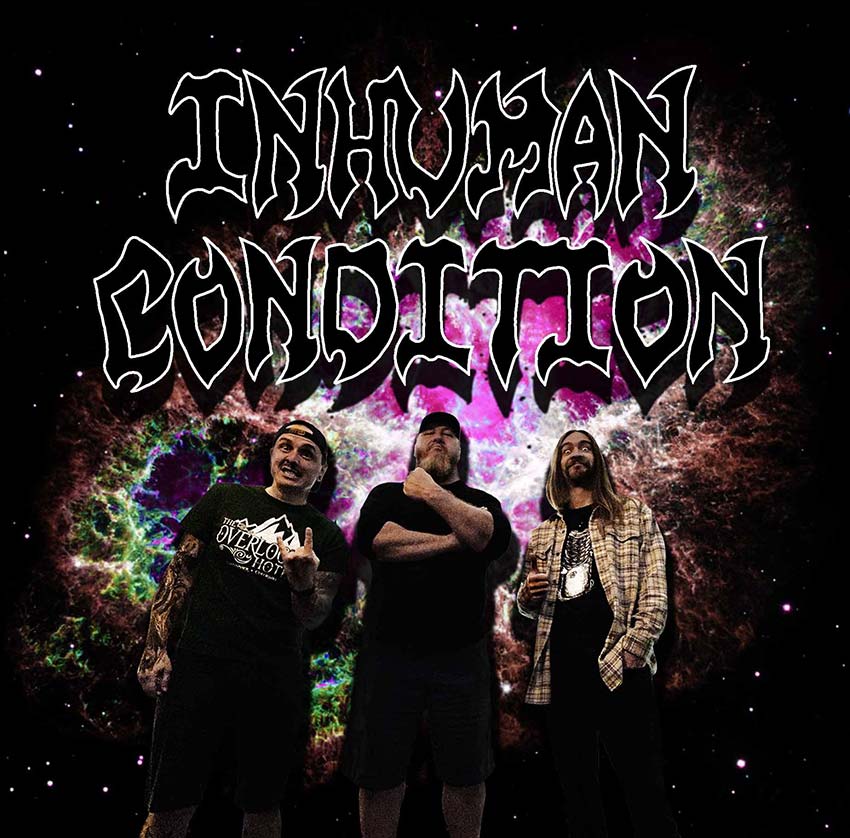 Goldsworthy commented, “This project was a huge honor and pleasure to be a part of. Having been a huge fan of Floridian death metal for the better part of 3 decades, I can’t begin to express how all the guys involved in this album have influenced my own musical and artistic journey (“Leprosy” and “Spiritual Healing” are two of my favorite album covers of all time), so when Jeramie asked me to be on board I jumped at the chance!”

Goldsworthy added, “Regarding the cover itself, the band already had a fairly strong idea of the main concept we were going to go for, but gave me the creative control to proceed with my interpretation. Whilst there is a slightly deeper figurative meaning behind the art, in a literal sense I see the main character existing somewhere between Norman Bates and the Picture of Dorian Grey. As far as I’m concerned you can’t beat the thrash/death metal album art of the late 80s/early 90s, but hopefully this cover does the legacy of that era justice!” 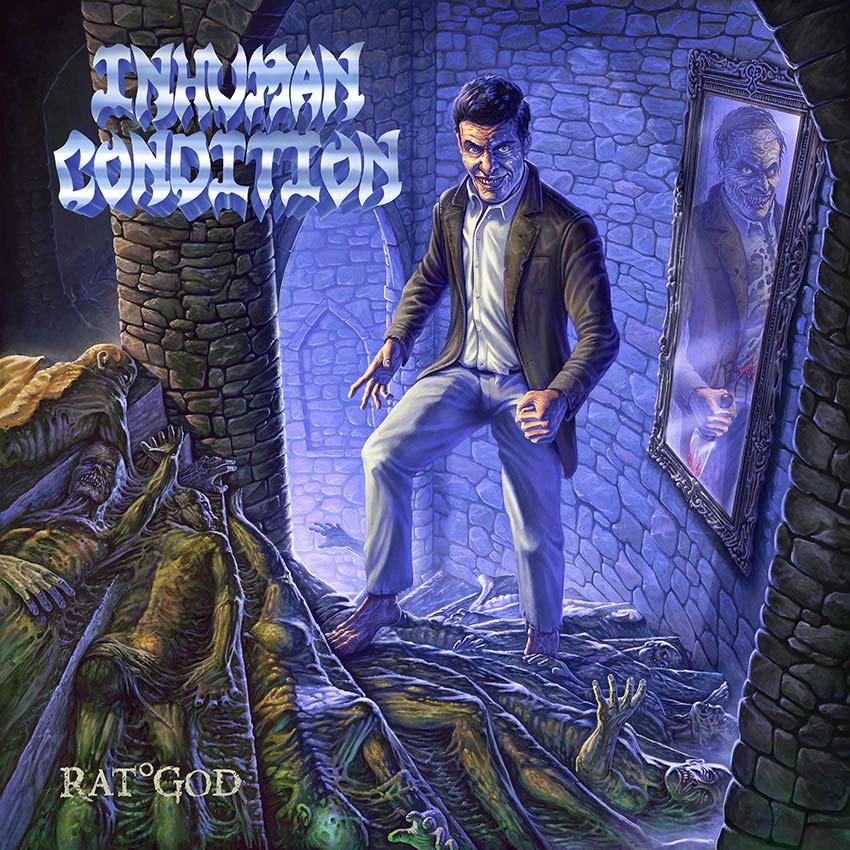 Speaking on the forthcoming album, Kling said: “We have all 14 songs finished up, but not all of them will end up on the first album, so we’ll have the track-listing and other album info announced soon. We decided to get Paul (Mazurkiewicz) involved in some of the lyric-writing for the album, which was a blast because he’s such a great lyricist. We had been chatting with Rick (Rozz) after we split with MASSACRE last fall and one thing led to another and he ended up coming over and laying down some sweet leads on a few of the songs.”

Mazurkiewicz added: “It’s been a privilege and a pleasure contributing lyrics for Inhuman Condition. Taylor, Jeramie and Terry have created some killer music and skulls are going to be crushed! This was an honor, and very flattering to be invited to do some whammy shenanigans over three killer tunes with the two great musicians that put this together. Wishing the band all the best, until the end. Cheers & Peace.”

ICYMI, Inhuman Condition recently announced their partnership with Blood Blast Distribution (who will be handling their digital distribution for the new album) and Black Serpent Records (who will be releasing the album on vinyl).

Regarding the news, Nordberg stated, “We are super excited about working with Blood Blast Distribution and Black Serpent Records for our first album! Jeramie and I have worked with Bryce Lucien and BBD for our quarantine collaboration album we put out last year, and they have been so killer to work with. We have also worked with Sascha Scharnberg from Black Serpent Rerords/Promotion last year when he brought MASSACRE over for a few killer shows in Europe. Both of these labels are super supportive of the music and super fair in the deals we have with them, so it was a no-brainer to work together.”

A few weeks ago, the band released a teaser video with a demo of a new song which can be viewed below. You can also grab brand new T-shirts HERE!