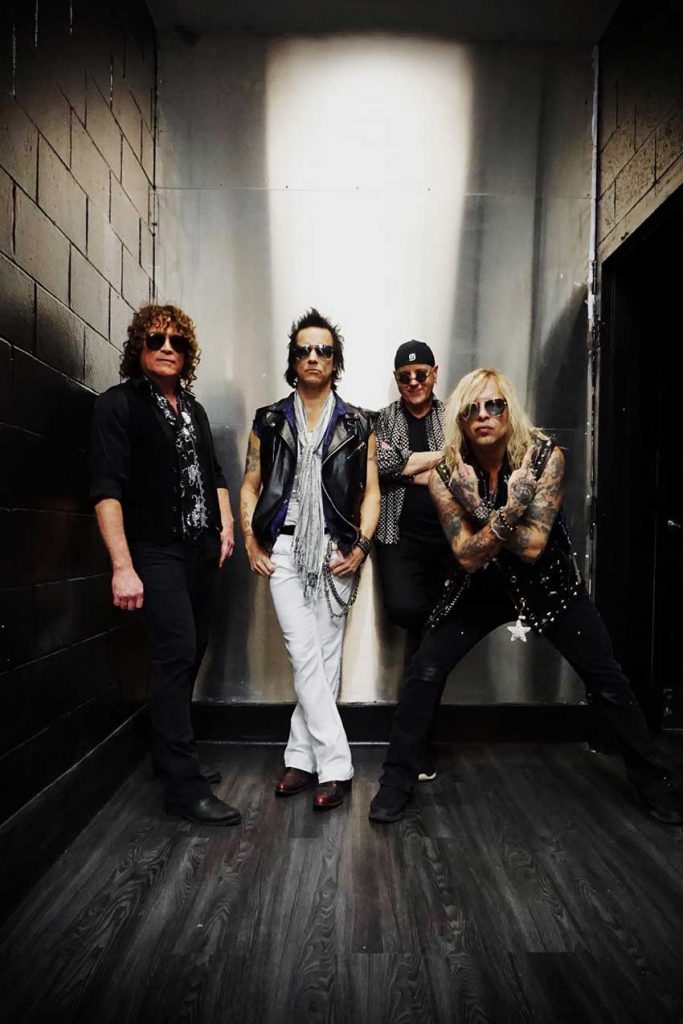 Tokyo Motor Fist’s self-titled debut scratched an itch for music fans who have been starving for new albums from Trixter or Danger Danger (and who also happen to love Def Leppard) and now the band delivers another fix with their sophomore album, “LIONS.” Once again, the band delivers exactly what fans want and would expect with their catchy and uplifting hard rock. Enjoy the first single and video for the track ‘Youngblood’ HERE:


Stream the new single and pre-order the album, including t-shirt bundles on the U.S. store, HERE: https://orcd.co/lions

On the making of the new album, Steve Brown says, “From day one when I put together Tokyo Motor Fist, I knew that this was a genuine rock group, not a fake cash grab project, a so-called super-group or imaginary band that makes one record and never plays live…..TMF is the REAL DEAL! Our debut release proved that, our live shows cemented that fact, and the worldwide response and success to the debut was so overwhelming that a follow-up record was a sure thing. Here we present you with “LIONS”….next level stuff for the band, as you will hear. It’s a great feeling after 30 years of making records to be at the top of my game as a writer, singer, player, and producer. So proud of my band….Ted,Chuck and Greg all delivered incredible performances and took my songs to a higher ground. I brought in my rock ‘n roll brother, the great Bruno Ravel, to mix “LIONS”. He is without a doubt one of the most talented all around musicians/producers I know. His expertise and ears took this album over the top. It was mastered by Maor Appelbaum, who did a fantastic job. It sounds brilliant! Lastly, we are on the best label in the business, FRONTIERS RECORDS! My friend, Serafino Perugino allowed TMF the extra time and the support needed to make the record of our dreams.I can’t wait for you all hear this….TOKYO MOTOR FIST “LIONS” is the positive & feel good record the WORLD needs right now…It’s gonna Blow Your Mind!!!”

Ted Poley adds, “Couldn’t be prouder to be a part of such an amazing band! The new album is absolutely stunning! Steve Brown‘s songwriting has hit a new high. ”LIONS” contains some of my favorite songs that I have ever sung on in my career. The TMF rhythm section of Chuck and Greg are an unstoppable dream team. This record should come with a warning label because you will be singing along with it for days! The hooks just keep coming! And we hope that you will too!”

“Our new album “LIONS” is by far and away the BEST album I’ve ever had the pleasure to play on! Each and every song is outstanding and this new record reaches new sonic and songwriting heights yet achieved in my career!! A-a-a-a-and you can quote me on this!!!!” adds Chuck Burgi.

“I absolutely loved our first album, but this one is a game changer for this band! The songs, playing, and soul of this group are definitely captured on this record. It was an absolute pleasure to be there when the legendary Dennis DeYoung recorded his cameo on the album’s namesake tune,”LIONS”. He took an already great song to the next level. I can’t wait to perform these tunes with my TMF brothers in the hopefully near future! I hope you all enjoy this album as much as I did playing on it!” says bassist Greg Smith

The album’s title track features a guest keyboard solo by none other than rock legend Dennis DeYoung and a guest saxophone spot from Mark Rivera (Billy Joel, Ringo Starr) on ‘Sedona’.

Written and produced by Steve Brown, “LIONS” was mixed by Bruno Ravel (Danger Danger, The Defiants) and mixed by Maor Applebaum (Faith No More, Yes, Dokken).

You don’t need to be a die-hard ’80s/’90s hard rock fan to know that the fruits of an artistic alliance between Danger Danger singer Ted Poley and guitarist/producer Steve Brown of Trixter was going to make melodic rock fans rejoice! Featuring Ted Poley (vocals), Steve Brown (guitar), Greg Smith (bass), and Chuck Burgi (drums), Tokyo Motor Fist was birthed out of Ted and Steve’s long standing friendship. They were playing the same club circuit with their respective bands, Danger Danger and Trixter, when both bands were starting their careers. Over the years, they had a great personal relationship and the idea of doing a record together has been in the cards for many years. With some help from Frontiers the concept became a reality. Rounded out by Greg Smith (Ted Nugent, Rainbow, Alice Cooper) and Chuck Burgi (Rainbow, Blue Oyster Cult, Bon Jovi) on bass and drums, respectively, TMF’s self-titled debut was met with the high praise and enthusiasm one would expect from fans of the genre. The fact that the music delivered was even better than what it looked like on paper has had fans clamoring for a follow-up. And now, with “LIONS” on the way, those fans have much to look forward to!

TMF anticipates hitting the road in support of the album once the world is back up and running. 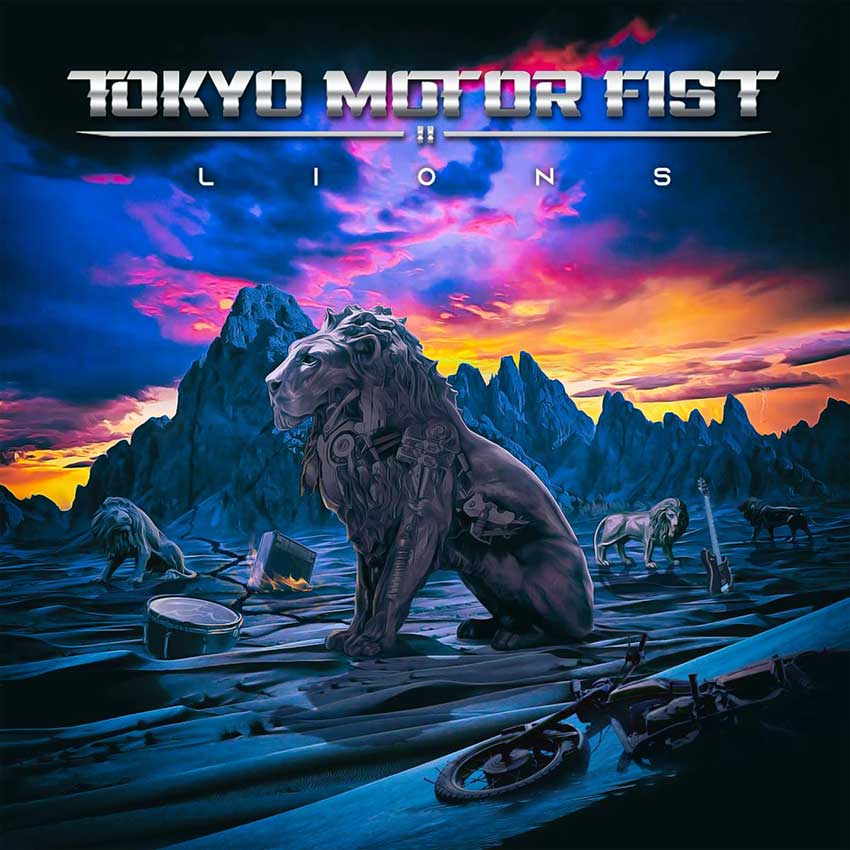