Montreal “disco metal band” Alpha Boötis have released a stunning cover of “Every Breath You Take” via Alternative Control. The song is from their upcoming EP ‘Stowaway Ants’ which is due on December 11th. 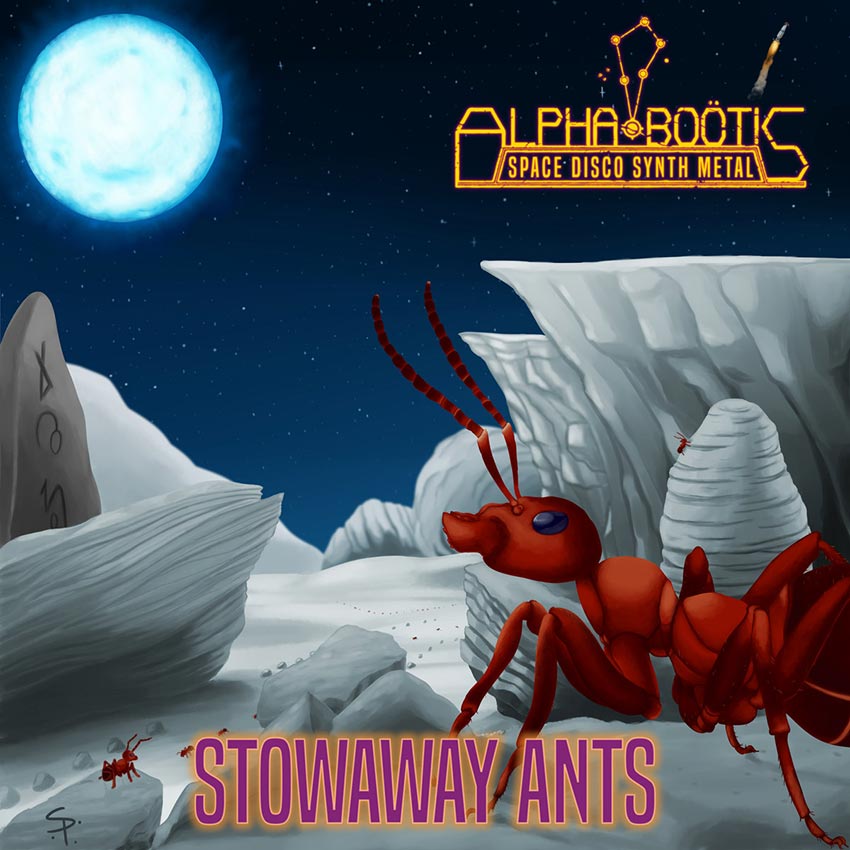 Canadian act Alpha Boötis will unleash the ‘Stowaway Ants’ EP this December, two original tracks of space disco synth metal and one creative cover to stimulate the imagination. The band offers up this fantastical background tale:

The year is 2584, the first interstellar colony ship is set to leave earth-orbit after almost three decades of construction and tests. A massive 300 000+ crew, the best and brightest spirits of every country on Earth, has undertaken a long and grueling selection and training process, and they are all eager to make humanity the first multi-stellar species.

Unbeknownst to them, a tiny group of opportunists has endeavored to thwart their pretentious plans. A few thousand ants have managed to climb aboard one of the last shipments of goods from the Cape Canaveral supply rocket launching ground with their queen. Will these resourceful insects survive the centuries of interstellar travel that awaits them? Will they beat humanity to the punch and become the first species to set foot on an exoplanet? Find out in Alpha Boötis’ new EP, Stowaway Ants!

“I started writing this song during a road-trip through the US east coast in a time that already feels distant and foreign… November 2019. I was inspired by a lonely ant who hopped in our car as we left North Carolina’s Outer Banks and stayed with us all the way to the New Jersey Pinelands. I just thought about how massive and unfathomable that distance must have felt to such a small being and found parallels to our perception of outer space and interstellar distances. That’s the emotion I wanted to convey in the song, as well as the hope and exhilaration that inhabits explorers and pioneers.”