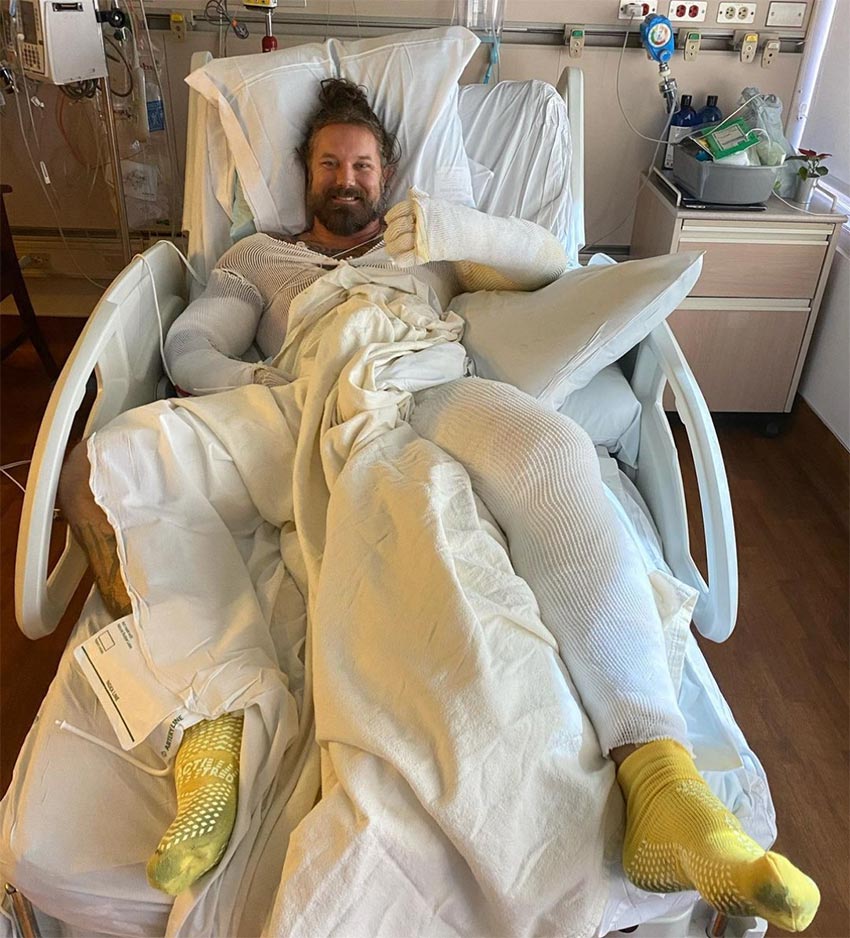 Last week, As I Lay Dying’s Tim Lambesis revealed on social media that he had burned 25% of his body in a freak accident involving gasoline and a bonfire. Apparently, the entire gas cap fell off while he was trying to use a little from the trickle tip to get said bonfire started. Following his surgery to help remove the remaining dead skin that they were unable to scrub off during dressing changes, Tim stated:

The recovery from these burns has been the most painful experience of my life, but I’m told I will eventually have a full recovery. I have to remember that on the tough days and be grateful I have the chance to be back to doing what I love again soon, because that is not the case for everyone in the burn center.

Said shots from photographer Brennan Dunlap can be viewed below.

In recent news, As I Lay Dying were forced to cancel their 2021 U.S. tour with Whitechapel and Shadow of Intent due to the ongoing global pandemic. AILD’s newest album, ‘Shaped by Fire,’ is out via Nuclear Blast.