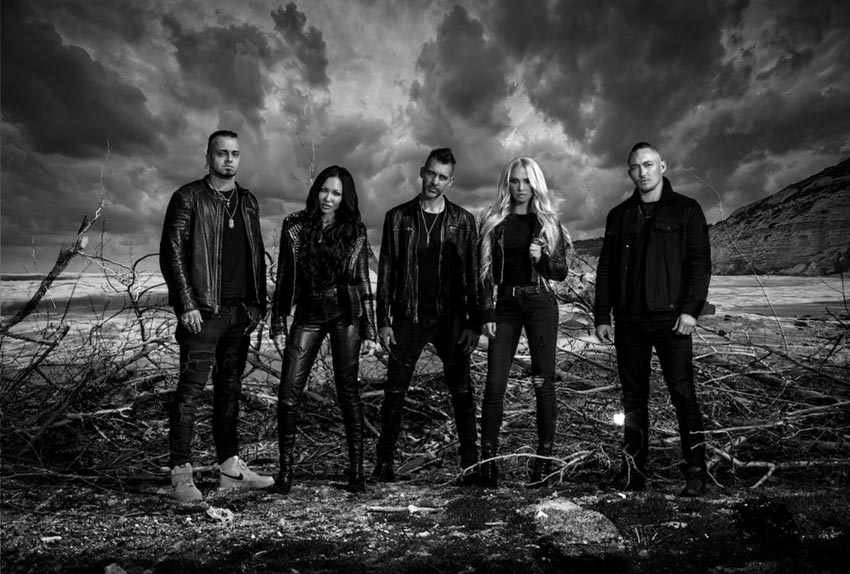 LA metal beasts Butcher Babies have revealed a new single today in the form of “Sleeping With The Enemy,” which you can check out below. The fresh song marks the follow-up to the band’s recently released new cut titled “Bottom of a Bottle.” Both new tracks appear on the band’s forthcoming EP, which is set for release mid-2021.

Writing about the new single, American Songwriter says, “‘Sleeping With The Enemy’ is the best of both old and new Butcher Babies. The turn to melodic vocals is seen executed by Heidi Shepherd and co-vocalist Carla Harvey with just enough intermittent screams to give texture and peaks to a song already hardened by chunky, power riffs.”

Carla comments, “‘Sleeping With The Enemy’ is one of the most vulnerable songs we’ve ever written. The song is the ultimate “own your own bullshit” song…because the first step in change is always admitting there’s a problem, right?”

Heidi adds, “When face to face with what you presume as your enemy; who is it? Is it you? In ‘Sleeping with the Enemy’ the devil and angel on my shoulders met. This song is about hypocrisy and self realization. We can get so caught up in the rat race of life, as humans we tend to lose track of ourselves and our core values along the way. There comes a point where you look at the perceived problems in your life and realize there is one common denominator; yourself! Whether it’s in the lens you look at life through or an overall attitude, there comes a point where we must turn a negative into a positive. This song is that for me.”

Guitarist Henry Flury ends with, “And just when you thought we weren’t going to be heavy anymore… BOOM! This is definitely a song for the stage. Can you sing and circle pit at the same time?”

ICYMI, Butcher Babies plan to through their holiday live streaming event, titled ‘1st Annual Office X-Mas Party,’ on December 18th at 5PM PST/8PM EST/2AM CET. “You are formally invited to join us for an evening of whiskey guzzling debauchery!” states the band. “We’ve planned a special 90 minute set stock full of all your favorite Butcher Babies songs. We’ll also be playing a few unreleased songs that you are invited to hear FIRST!”