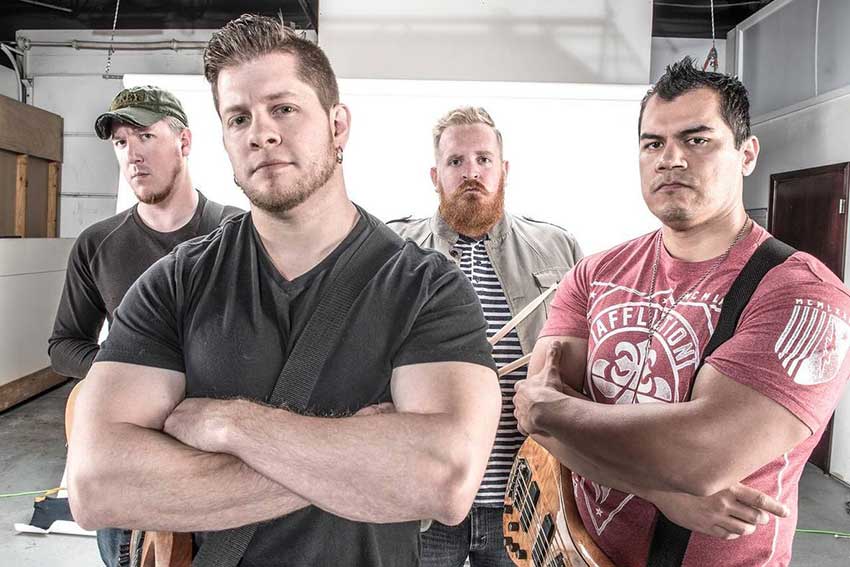 Rockers Hindsight have posted (via V13) a new music video for their song “Where We Found Hope,” which appears on the band’s upcoming EP titled ‘Catalyst’ (due out this summer).

With our first release in over three years, we are excited to premier the first of a series of music videos we will be releasing in the near future to support our upcoming EP “Catalyst.” This song titled “Where We Found Hope” is dedicated to the healing power of music for those who sometimes receive the right message at the right time that helps them overcome some form of struggle in their lives. It also represents a call to all musicians that no matter how discouraged the world around us may make us feel about our desire to make music, the internal drive to do so can often be something positive for others listening (including ourselves). Lastly, with this video we also suggest that musical expression is something musicians should continuously pursue no matter what entities regulate how the general public consumes media and/or art. With regards to the video, this first release will represent the first segment of a connected five-part story with each song representing a new chapter in the central characters lives while also tying in the message of each song.

In general, this EP will very much represent a sonic evolution compared to our previous releases. In particular, the upcoming EP will feature our love of electronic and industrial music while we also simultaneously reveal our live rock and metal roots. In particular for this track, the drum and bass take a significant tone-setting role. We are very much excited to finally be sharing it with everyone. While many of our spring concert dates have been greatly affected by COVID-19, we felt it was important to move forward with the release of this track. We figured that a song about hope through struggle was something positive we could put out right now.

Stream “Where We found Hope”: