Horror-themed, metalcore icons Ice Nine Kills are celebrating the 45th anniversary of one of the most iconic and enduring horror movies, Jaws today with the release of their new mini-documentary Ice Nine Kills and the Jaws Harpoon Gun and this month’s Nightmare On The Ninth limited edition RockingThe Boat collection available here.

The Ice Nine Kills And the Jaws Harpoon Gun mini-documentary tells the story of how INK guitarist, Ricky Armellino and his father came to be in the possession of the original, screen-used harpoon gun from the classic horror movie. Ricky’s father recounts the tale of how a series of events lead to the very special weapon landing in his hands. Watch the mini-documentary [below].

Speaking on the mini-documentary and the discovery that such an important prop was under the ownership of Ricky’s family, Spencer Charnas, frontman and creative force behind Ice Nine Kills says:

“The horror prop gods smiled upon INK with this extremely cool connection to one of the most important horror films of all time. Now that we have one of the harpoon guns, all we need is a piece of The Orca or The Kintner boy’s severed torso…”


Jaws is the inspiration for the band’s track Rocking The Boat from their enormously successful 2018 album, The Silver Scream. To compliment the mini documentary and the anniversary of the film, this month’s Nightmare On The Ninth merch collection is named after the song and features a selection of beach ready attire and accessories all available for a limited time from NightmareOnTheNinth.com. Snap yours up whilst you can, just stay out of the water. 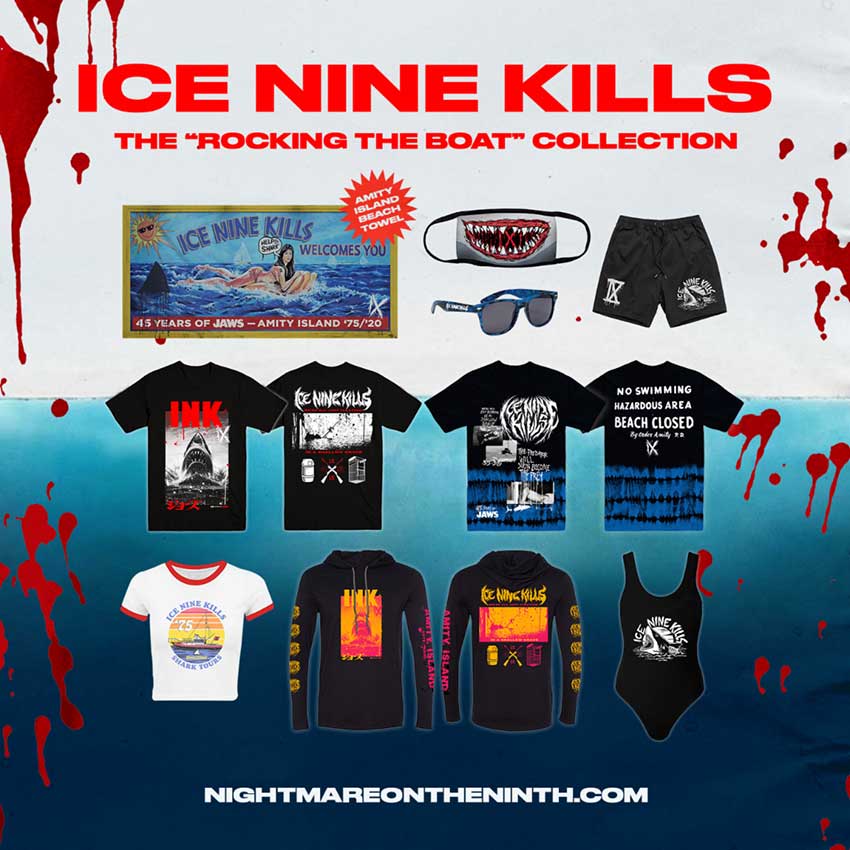