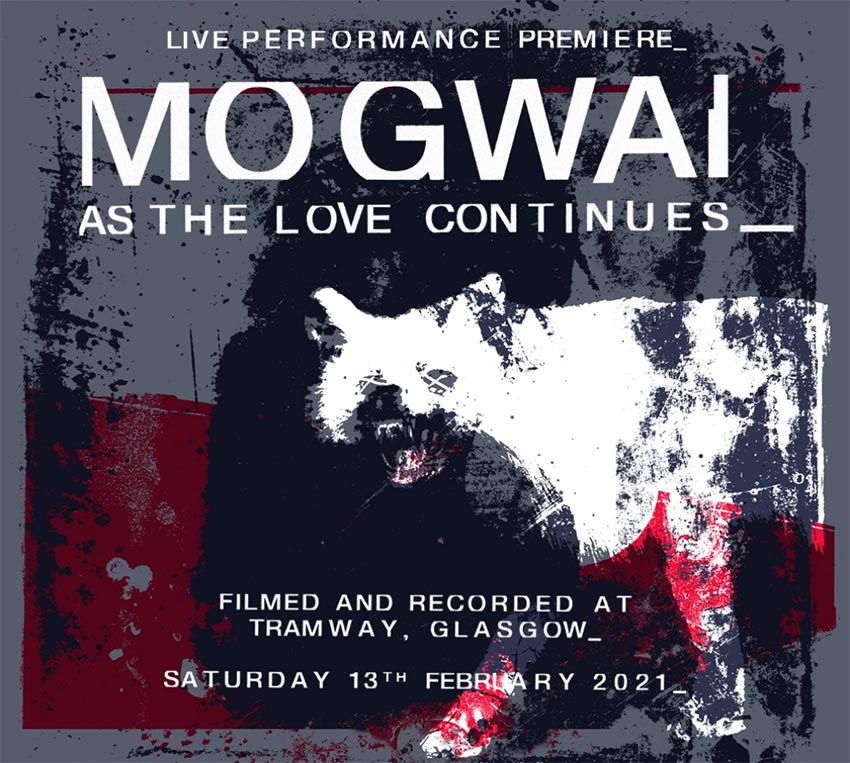 To celebrate the release of their tenth studio album, ‘As The Love Continues,’ on February 19, 2021, Scottish post-rock band Mogwai have announced a virtual gig to go down the Saturday before the LP’s unleashing, February 13.

“We are delighted to announce the worldwide live performance premiere of our new album ‘As The Love Continues’ on 13 February at 8pm GMT,” affirms the band. “Directed by our long term collaborator Antony Crook, it was filmed and recorded at Tramway, Glasgow, and will be your first opportunity to hear the album in full.”

Get tickets and more info over at store.mogwai.scot. Check out a teaser trailer below.