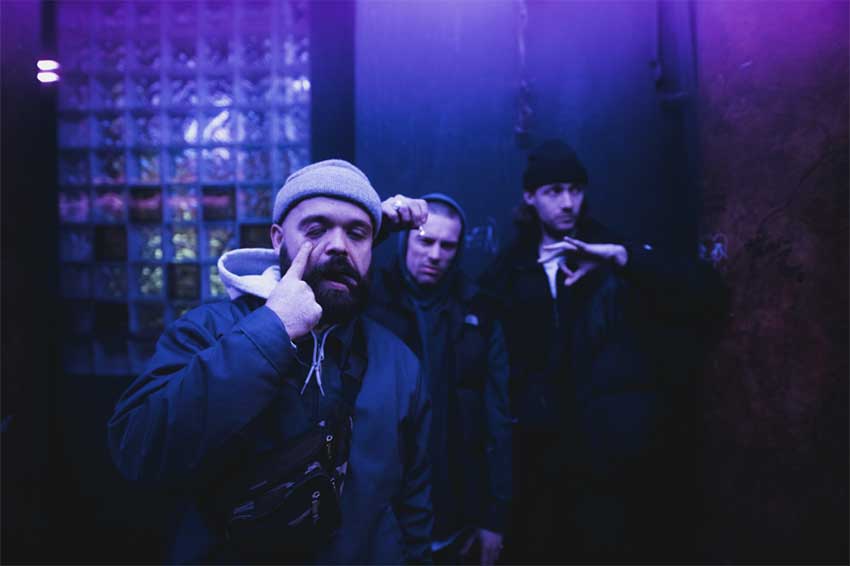 English rockers Puppy have released a lyric video for their single “Serotonin,” which appears on the act’s latest EP release on Spinefarm, ‘iii.’ The clip, which you can watch below, was created by the band’s own drummer Billy Howard Price.

“We’ve always liked the concept of lyric videos,” says Price. “They’re essentially karaoke tapes to which nobody is expected to sing along. Also, like a public service announcement, Ceefax or LED street signs, there’s a kind of clunky outdated-ness to the sight of words slowly panning across a surface to convey a simple message.”

He continues to say, “In this spirit, we thought it would be cool to take the idea of a lyric video and stretch it to breaking point, cramming in so many textual and visual interpretations of the song that it becomes almost uninterpretable. This felt all the more relevant at a time when social interactions, work obligations, and even live music itself are conducted from behind the flat faces of computer or telephone screens, mediated by confusing interfaces and dependent on the arbitrary whims of WiFi connections. We have never been more easily interconnected, and yet communication has never felt this hard. In a sense, this is what the song ‘Serotonin’ is about.

Built up indecipherably on top of one another, the languages, ciphers, fonts, codes, and texts we use in our video are less a textual translation of our lyrics than a rhythmic component of the song itself. Rather than simply offering a transcription of the words, they instead adopt a more aesthetic, melodic role, optically enacting parts of the music like a computer visualiser or light show. On one hand, if you’re familiar with, say, British Sign Language or basic Arabic, our video could open the song to you in a way that might otherwise have remained closed. On the other hand, you could instead be confronted with a confusing collage of disparate symbolic elements, emotive jargon and an abundance of useless visual stimuli.

We hope that the accumulative effect of this process creates something akin to a nightmare Zoom conference or the most confusing karaoke tape of all time!”