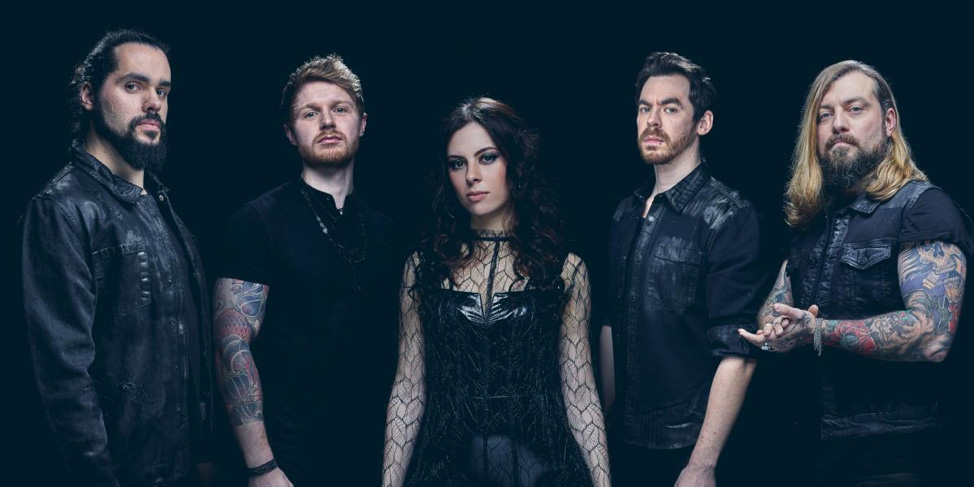 Just in time for international women’s day, symphonic metal outfit BEYOND THE BLACK – fronted by the exceptional Jennifer Haben – present their new single “Misery”, off of their upcoming album Hørizøns, to be released via Napalm Records on June 19th.

The explosive quintet manages to perform a tightrope act between scene solidarity and the constant motivation to conquer new musical horizons: With their newest offering, BEYOND THE BLACK prepares their powerful manifesto of self-confidence and leaving the “Misery” of the past behind. The track takes its listeners into a wide melodic range between melodic mellifluousness and uncompromising energetic rock and metal fragments.

Along with an artful, moody conceptualized visual, BEYOND THE BLACK defeats the demons of the past and enters another spectra of their musical identity. Jennifer Haben’s remarkable and striking vocals underline her standing as a powerful frontwoman and hit the listener’s senses with full force. .

“Misery” presents one first sparkle of the manifold facets off the upcoming album: With this omen to their upcoming album, BEYOND THE BLACK are remaining and reinventing themselves at the same time. This is a multi-layered, metallic offering, proving their standing in the scene!