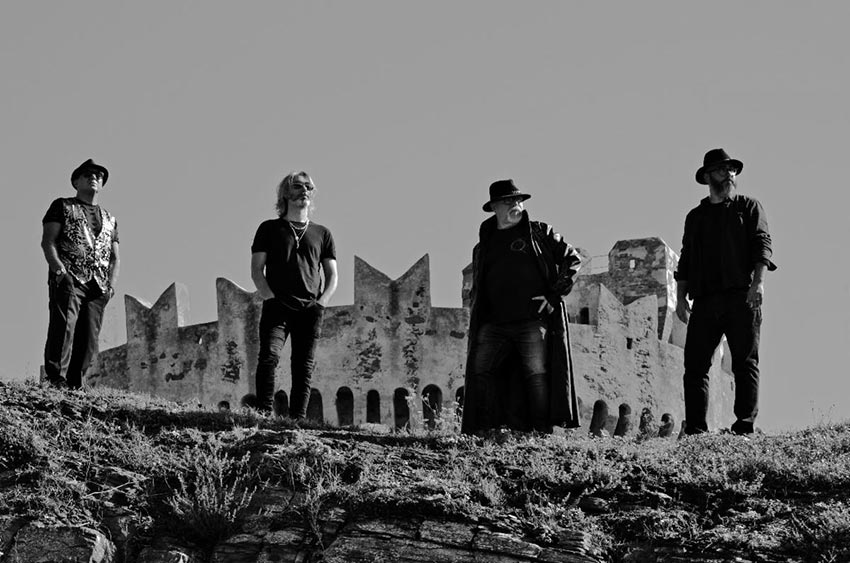 
Cruz Del Sur Music will release Pompei, the band’s seventh studio album, on CD, Gatefold LP, and digital formats on November 6. The amazing artwork was provided by Italian artist Paolo Girardi. A lyric video for the album’s first single “Gladiator” is available at this location.

Dark Quarterer and Cruz Del Sur have a previous working relationship — the label released the vinyl versions of the band’s Symbols (2018) and Ithaca (2015) studio albums. “It was a pretty obvious decision for us to make,” says bassist/vocalist Gianni Nepi. “We’re honored to join a label with so many great bands and look forward to getting Pompei in front of an even bigger audience.”

Pompei was recorded this January and February at the band’s own W.R.S. Studios in Piombino, Italy. Vocals and keyboards were tracked in May by sound engineer Andrea Ramacciotti, with mastering handled by Alex Marton of First Line Studio in Follonica.

According to Nepi, Pompei takes their sound to the next level, expanding on the bold, classic metal-on-prog sound they have been purveying since 1980. “The new album is cruder, perhaps a bit more visceral and intense. It has a dramatic atmosphere that surrounds the entire album — even during the softest of moments.”

Now at the 40-year mark as a band, Dark Quarterer, who also comprise drummer Paolo “Nipa” Ninci, guitarist Francesco Sozzi and keyboardist Francesco Longhi, has faced many obstacles, but the one thing that has kept them together is their friendship, something that has helped the band maintain the same lineup since 2003.

“We have great passion and love for the music we make,” finishes Nepi. “Also, the friendship between the four of us really is the glue that keeps us together. Without it, we’re not sure we would have lasted this long!”

A making-of / backstage video of the recording process is available at: youtu.be/xACp7PDSaNY