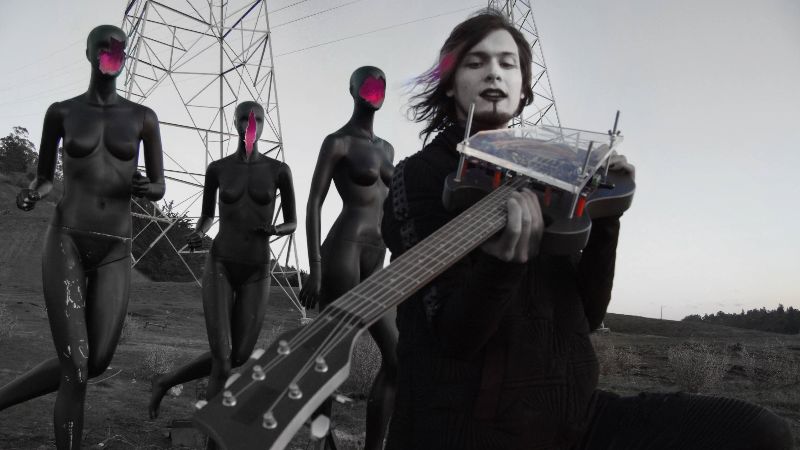 Electromancy, the “robot metal” project of Step “Satyra” Tranovich will release the new EP ‘Robot Black Metal’ on April 30th 2021. Guitars and drums are played by Satyra’s own DIY robotic designs; their bandmates are manikins, cut up into LED fueled lightshows.

Electromancy’s music is primarily black metal with bits of death metal and experimentalism. The robots aren’t a gimmick, they are core to the sound, allowing textures, patterns, and compositions that are not natural to and sometimes not possible for a human musician. Some of these compositional eccentricities include phasing multiple rhythmic melodies on a single instrument and simply extremely fast and chaotic composition. In addition to the robots, Satyra fills the bass frequencies with a drone horn made from a modified PVC pipe (the resulting instrument is similar to but not quite the same as a didgeridoo). This full, enveloping bass sound creates a grounded floor for the otherwise chaotic music.

More details will be available soon. In the meantime check out Satyra’s already released material here: [LINK – tunes embedded below] 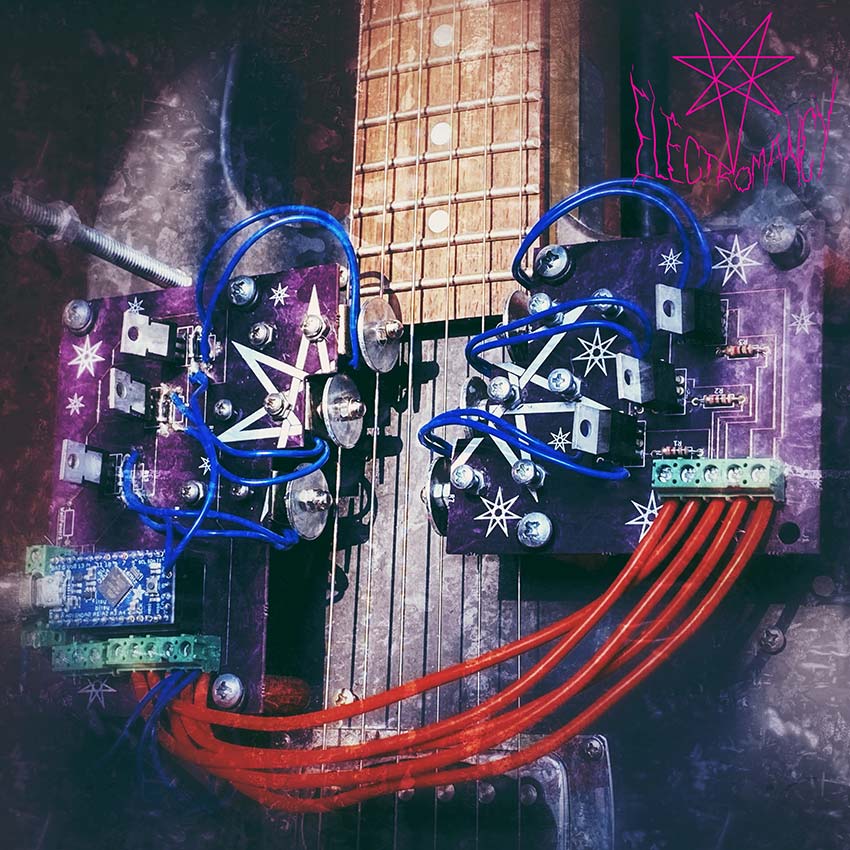