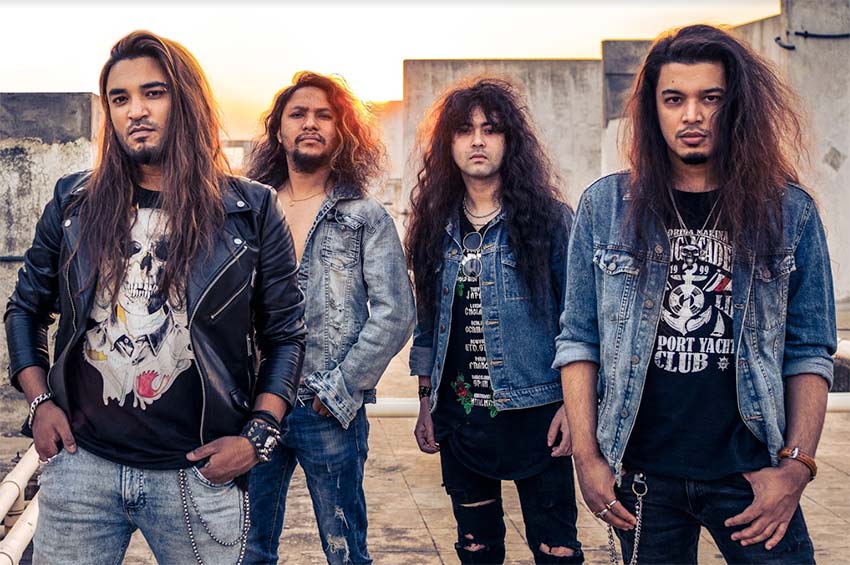 Frontiers Music Srl is thrilled to announce the signing of the outstanding and buzzworthy Indian hard rockers Girish & The Chronicles (GATC) to the label for a multi-album deal!

The band’s singer Girish Pradhan says, “Frontiers is home to some of the most legendary artists, some of whom we actually idolized as kids and it is a truly wonderful feeling to be a part of this family. We had hoped for this for quite some time and we had no idea that we would be the first Indian band to do this! We really look forward to creating some crazy albums together and adding to the legacy!”

GATC plans to head to the studio very soon to start the recordings of their third record which is expected to be released in early 2021. Girish concludes: “We are very excited for this. We have already started making demos and they sound KICK ASS! As always, we want to take this album to the next level. It will have all the musical elements that we love to hear, in our day to day lives, which of course revolves around good old Rock ‘n Roll. From the Sunset Strip to NWOBH and more. Our audience can expect some great anthems!”

Girish continues, “We are a hard rock/melodic rock/heavy metal band. We like making the kind of music that we grew up listening to, which revolves around the ’80s. However, we do like including a song or two that may have a very different vibe. Could be in the form of a progressive song or maybe a riff that has a bit of “India” in it. All in all, we think of it as a roller coaster ride with the meanest in-your-face songs to beautiful ballads. We feel no matter how dedicated we are to the art, we still should not stop ourselves from exploring more, but without losing the essence of what we truly love.”

GATC has released two acclaimed albums, their debut ‘Back on Earth’ on Universal Music India and the more recent ‘Rock The Highway,’ which was released independently outside of India as well.

For the uninitiated, you can hear what the band sounds like via the below music videos.


Coming from the city of Bengaluru in Sikkim, India, GATC are known for their soaring, powerful vocals, biting guitars, thunderous bass, and pounding drums, staying true to the authentic ‘80s heavy metal/hard rock sound which they grew up with. Many rock outlets, listed GATC’s “Rock the Highway” on their list of top Top Rock/Metal Albums of 2020 and the group has gained a cult following with ’80’s and ’90s hair metal and hard rock aficionados.

GATC is also well known in the Indian rock scene for electrifying live shows and have toured across the nation and beyond. The group has supported bands ranging in variety from American alt rockers Hoobastank to Finnish rockers Poets of the Fall to German thrashers Destruction. Additionally, the band has been part of various leading music festivals in India consistently. They also recently toured with/backed ex-Lamb of God drummer Chris Adler during his performances in India. Vocalist Girish Pradhan is also part of the international metal group, Firstborne, which is led by Chris Adler, James Lomenzo and Hugh B. Myrone. He has also toured the UK, France, Spain, Portugal and other territories with his other side projects in the past. In their 11 year existence, they have been credited by many fans for bringing the classic hard rock culture back in India and are an inspiration to many new and upcoming bands in the scene.