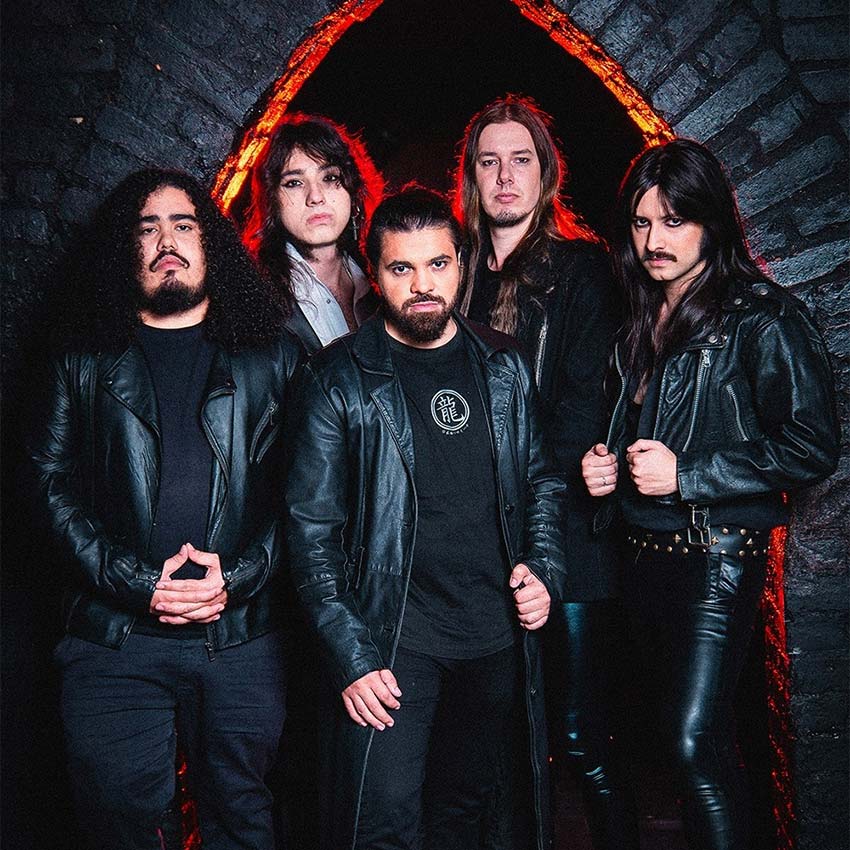 Frontiers Music Srl is excited to announce the signing of ICON OF SIN, a new project centered around the vocal talents of the popular Brazilian YouTube sensation Raphael Mendes. Two other stellar Brazilian musicians, Sergio Mazul (SEMBLANT) and Marcelo Gelbcke (LANDFALL) helped Raphael in the songwriting of the album and helmed the production. Listeners can expect a full-on traditional heavy metal assault.

Raphael Mendes has become a very popular figure in the YouTube world due to his jaw dropping vocal covers. His recognition as one of the hottest new talents in metal started in 2016 when he was invited by guitarist Fabio Lima to record a YouTube video that wound up going viral. Encouraged by the reaction, Mendes launched his own YouTube channel to create more videos for fans to enjoy. As more and more fans around the world started to discover him, he was invited to join other musical projects, including Marius Danielsen’s “Legend Of Valley Doom Part 2”, which also featured Michael Kiske, Vinny Appice, Mark Boals, Michele Luppi, and Diego Valdez, among others.

One of the things that made Mendes’ reputation grow considerably happened earlier this year, when a video series called “What if Bruce Dickinson sang in other bands” was launched. With Mendes Dickinson-esque singing style being used to cover songs by Megadeth and more, these versions impressed fans worldwide and word quickly spread in the metal community. Collaborative versions are now being made with some emerging rock artists and also musicians from the global metal scene, such as drummer Aquiles Priester (ex-Angra, Primal Fear, W.A.S.P.).

Raphael’s videos ended up reaching the eyes and ears of Frontiers, a label known for signing and nurturing the most promising new names of the next generation of rock and metal. Frontiers has recently started to work more and more with South American based talent and had the thought to pair Raphael with two outstanding musicians of the Curitiba metal scene, both of whom have already unveiled their musical talents through the label: Sergio Mazul, singer of Semblant and Marcelo Gelbcke, guitarist of Landfall. While the music of their respective bands are quite dissimilar, both have a passion for traditional heavy metal and knew they could craft amazing music for Mendes to put his vocals to. They have already set to work with Raphael in the creation of a no-nonsense, straight ahead classic pure heavy metal album.

The record was recorded in studios in Curitiba, Brazil and the material that was recorded is absolutely breathtaking. This is going to blow fans of Iron Maiden and classic Dio-era Sabbath away!

“Music is my passion, a way of life!” says Raphael Mendes. “It’s really been and continues to be a fantastic experience, working on the Icon Of Sin album. The songs are so powerful and it has awakened something in me that I haven’t felt for a long time from a heavy metal album!”

Stay tuned for more news. This record is going to leave quite the impression on the Heavy Metal world in 2021!