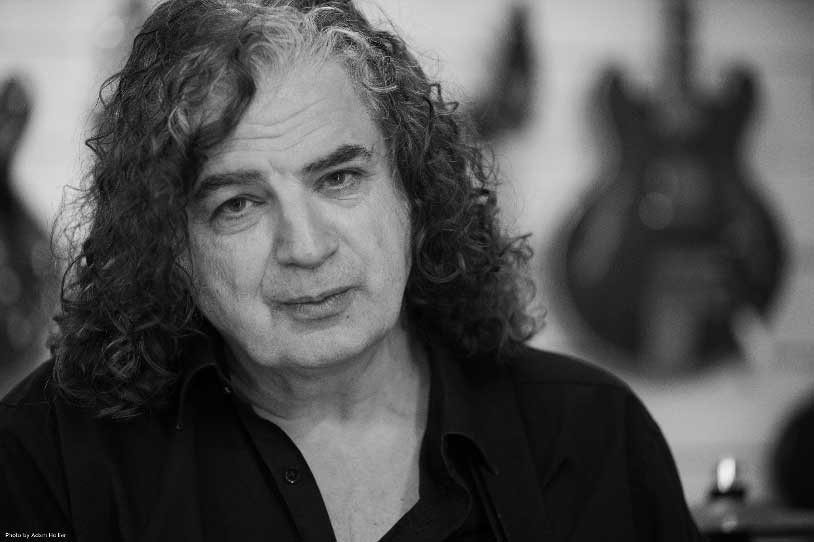 Jakko Jakszyk is pleased to announce he has signed a worldwide contract with InsideOutMusic for the release of his forthcoming new solo album ‘Secrets & Lies’ in late 2020.

Jakko comments: “I’m genuinely thrilled to be signing to Inside Out.
I’ve gotten to know Thomas Waber over the last few years and he has continually encouraged me and subsequently given me the confidence to make music for myself again.”

InsideOut label-head Thomas Waber adds: “I am really happy that Jakko has finally found the time to finish another solo album and that we are going to be working with him on it. We are always looking to work with the best talent in our genre and Jakko is most definitely someone who fits that description!”

Though best known for his work as a vocalist and guitarist in King Crimson since 2013, with whom he has played sold-out nights at New York’s Radio City Music Hall, the ancient Amphi-theatre in Pompeii and three nights at London’s Royal Albert Hall, Jakszyk has enjoyed a busy and diverse career spanning nearly five decades.

Encompassing late 1970s art-rock outfit, 64 Spoons, once memorably described as ‘Stravinsky meets the Barron Knights,’ he’s been signed to the legendary Stiff record label, toured with Canterbury Scene legends Dave Stewart and Pip Pyle as a member of Rapid Eye Movement. Along with numerous studio sessions both as player and producer, including becoming a member of The Kinks for a week, Jakko’s musical career has been nothing if not eclectic.

Named by Guitarist Magazine as one of the top guitarists in the 1980s, his playing caught attention the Mark King who brought him in to replace the legendary guitarist Allan Holdsworth, in Level 42 with whom Jakko recorded and played live with for four years in the early 1990s.

A recipient of the ‘Chris Squire Virtuoso award’ at the 2017 Progressive Music Awards at Shakespeare’s Globe in London, Jakszyk has also earned a reputation as an in-demand remixing engineer and producer. In this role, he has been commissioned to remix several classic progressive rock albums in stereo and 5.1 surround sound including ELP’s Trilogy and Brain Salad Surgery, Chris Squire’s Fish Out Of Water, King Crimson’s THRAK, The Moody Blues’ In Search Of The Lost Chord and several in-concert performances of Jethro Tull included on the multi-disc reissues for Songs From The Wood, Heavy Horses, Minstrel In The Gallery and others.

Look out for more information on his forthcoming new solo album in the near future.