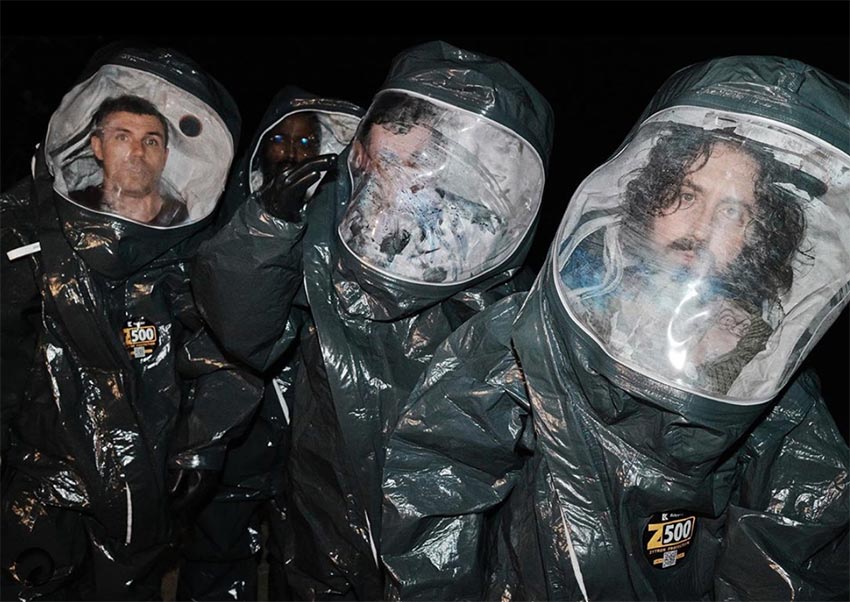 UK rockers Nothing are prepping their new album ‘The Great Dismal’ for an October 30, 2020 release through Relapse Records (pre-order).

To help usher in the new LP, the band have announced a special record release live streaming concert for October 29th at 6PM PDT / 9PM EDT. The event features an opening set from Full of Hell and all tickets sold through bandofnothing.com will see 20% of sales donated to the NIVA Emergency Relief Fund.

Here’s full info from Nothing.

NOTHING announce a live-streamed record release show for their new album The Great Dismal brought to you by Kickstarter Music, Vans, Fender, and Slane Irish Whiskey. The event will take place on 10/29 at 9PM EST, a day before the release of The Great Dismal. The event was purposefully formulated as a way to support live music workers worldwide with a proper paid gig while venues and their staff are out of work due to the pandemic.

﻿All tickets sold directly through bandofnothing.com will see 20% of sales donated to NIVA Emergency Relief Fund. Palermo then constructed a collective of worldwide independent promoters who have played pivotal roles in the band’s 10 year history who will receive 20% of the tickets that they sell in their respective territories including Russia, Europe, UK, Asia, Australia and South America will benefit independent promoters operating in those territories. The show will feature performances by NOTHING and special guests Full of Hell, as well as collaborations with creatives that the band sought out specifically for this performance, such as filmmakers Mike Martinez and Tyler Wray of Everything Is Stories, visionary projectionist Ricardo Rivera of Klip Collective, and experimental videographer Frank Huang. The Great Dismal: An Auditory And Ocular Trauma Featuring Nothing and Full Of Hell can be viewed on www.BANDOFNOTHING.com. 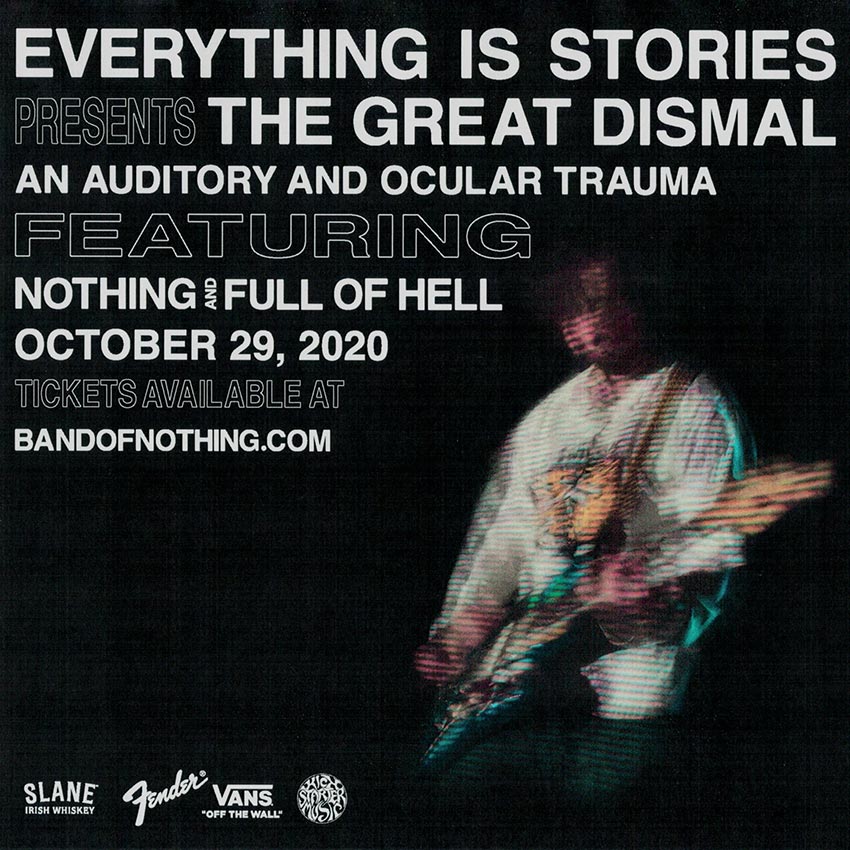